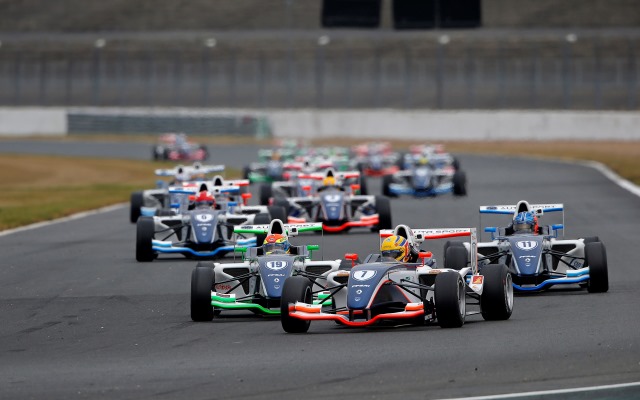 Lotus F1 protege Dorian Boccolacci will compete in the French F4 Championship this year, as one of several drivers revealed by the series on Thursday.

15-year-old Boccolacci has won several French titles and finished third in the European KF3 category in 2012 before finishing sixth in the senior KF class last year.

He will be joined in the field by fellow French karting ace Valentin Moineault, who finished second in the European KF Championship last year driving for ART.

They join the previously-announced Bryan Elpitiya as well as the returning Felix Hirsiger and Amaury Richard, who finished sixth and 19th in last year’s standings respectively. Hirsiger’s management confirmed to PaddockScout last week that the 15-year-old was only continuing in the series due to age restrictions elsewhere.

Other French karters making the step up are Valentin Hasse-Clot and Erwan Jule. Joining them will be successful Australian Joseph Mawson, Colombian Juan Manuel Jimenez and Portugal’s Joao Carvalho.

The championship also announced its seven-round calendar for 2014, including a visit to Jerez in Spain as part of the World Series by Renault season finale.

Before then, the series will visit Le Mans, Pau, Val de Vienne, Magny-Cours and Nogaro, with the season ending at Paul Ricard a week after the trip to Jerez. While Nogaro and Jerez are additions to the schedule, Spa and Ledenon miss out.