Blomqvist confirmed alongside Giovinazzi and Gelael at Carlin 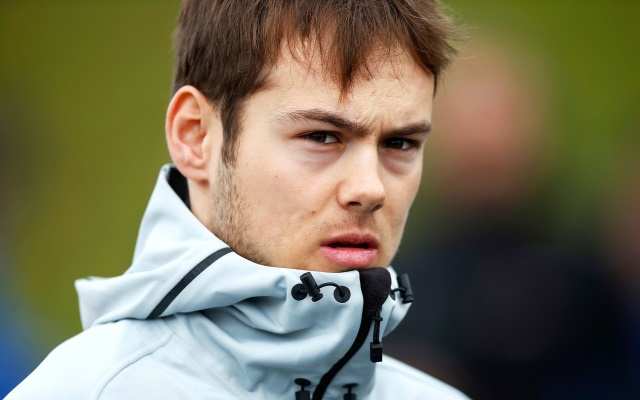 Tom Blomqvist will drive for Carlin in this year’s FIA F3 European Championship under a new banner alongside Antonio Giovinazzi and Sean Gelael, the British squad has confirmed.

The trio will race under the ‘Jagonya Ayam with Carlin’ name in reference to Gelael’s sponsor KFC Indonesia.

Giovinazzi confirmed during testing in December that he and long-term team-mate Gelael would switch from Double R to Carlin for their second campaigns in European F3. Italian Giovinazzi was Formula Pilota Champion in 2012 and runner-up in the concise British F3 last year.

Blomqvist will be entering his third year at this level. The 2010 Formula Renault UK champion finished seventh in the standings in his past two campaigns with the smaller Ma-Con and EuroInternational teams, competing as part of the Red Bull Junior Team in 2013.

?We are very proud to be able to represent the Jagonya Ayam brand in the FIA Formula 3 European Championship,” said team boss Trevor Carlin.

“We feel the combination of experience and potential of Jagonya Ayam with Carlin can compete for championship honours.?This is a massive commitment from the sponsor and we are proud to be chosen as the team to take Sean, Tom and Antonio forwards in their careers.?

It’s easy to complain about drivers who buy themselves a seat in the best teams without the results to match their wallets. Gelael may not have scored any points last season with Double R, but his backers should not be criticised for getting him into Carlin but instead praised for also enabling Giovinazzi and Blomqvist to drive competitive cars.

Giovinazzi has been supported by the Gelael family since their karting days. Double R are not the biggest of teams on the grid, but he was a regular in the points by the end of the season. In the British series, up against the might of Carlin and Fortec, he claimed runner-up spot in the championship. With one of the best packages underneath him at Carlin this year, he could be a force to be reckoned with.

He will benefit lots from Blomqvist’s presence too, having had to lead the Double R assault last year despite having only a year of single-seaters under his belt.

It’s easy to underestimate Blomqvist’s ability based on the results gained from his three years of F3. He admitted that his year in the German series was disappointing, but he’s been up against it in both of his European campaigns so far. In 2012, Ma-Con had barely tested the new F312 chassis before racing it at the first round at Hockenheim but Blomqvist came on stronger as the year went on. He bagged support from Red Bull last year, but was left at EuroInternational without a team-mate for all but one round of the season.

Now part of a six-car attack from Carlin, Blomqvist has the experience and ability to lead the team. And with last year’s dominant squad Prema lacking a clear leader following the surprise departures of Alex Lynn and Lucas Auer, Blomqvist could be a serious title threat.