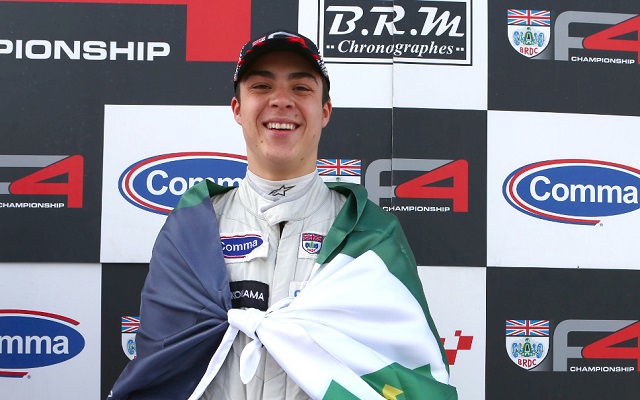 17-year-old Brazilian racer Gustavo Lima will make the switch to Hillspeed for his second year in BRDC F4.

Lima, who is currently doing the Toyota Racing Series championship, took 14th in the BRDC F4 standings with HHC, having picked up a maiden podium in the final round.

The Brazilian, who also has the experience of a season in Formula Renault 2.0 Alps, will join fellow series returnee Rahul Raj Mayer at Hillspeed, with another seat still to be filled.

“I?m really happy to be back in Formula 4 this year and pleased with the deal my management team has put together with Hillspeed”, stated Lima. “It’s a great team and I’m really looking forward to working with the guys there. They?ve won races in F4 and a lot of championships in other categories, like Formula Renault, so it should be a strong season.”

“It?s fantastic for Hillspeed to have a driver as talented as Gustavo signed-up for the new F4 season, we’re absolutely delighted”, said Hillspeed manager Richard Ollerenshaw, “He made excellent progress last year and thoroughly deserved his podium at Donington during the final weekend. He?s clearly a very quick driver and with a full year of experience behind him, we?re sure he?ll be a strong front-runner.”

Blomqvist confirmed alongside Giovinazzi and Gelael at Carlin