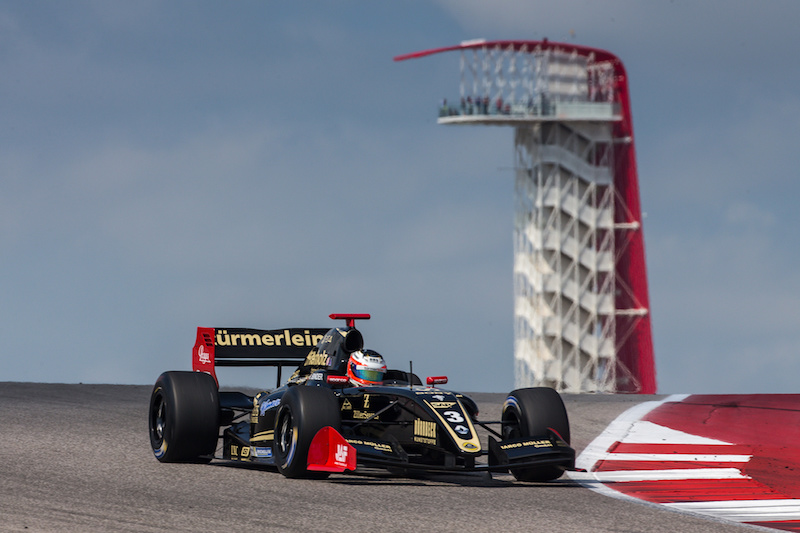 Rene Binder took a lights-to-flag victory in the first World Series Formula V8 3.5 race at Austin?s Circuit of the Americas.

The Lotus driver made a strong get away and set multiple fastest laps to build a gap to team-mate Pietro Fittipaldi in second.

The gap was reduced to nothing when Giuseppe Cipriani span into the gravel and brought out the safety car, but Binder quickly set about pulling away from the rest of the field to take his third win of the season.

Fittipaldi had been running comfortably in second before the safety car, but the charging Egor Orudzhev got alongside the points leader on the run up to the first corner after the restart.

The SMP Racing driver managed to get ahead and eventually finished nearly 10 seconds down the road, 1.2s off the winner.

Alex Palou found a way past Matevos Isaakyan for fourth soon after the safety car period, leaving the Russian battling with Alfonso Celis and Roy Nissany close behind.

Isaakyan couldn?t keep Celis behind him, but the Fortec driver fell backwards on the final lap of the race, finishing eighth.

Diego Mencheca was the final finisher.