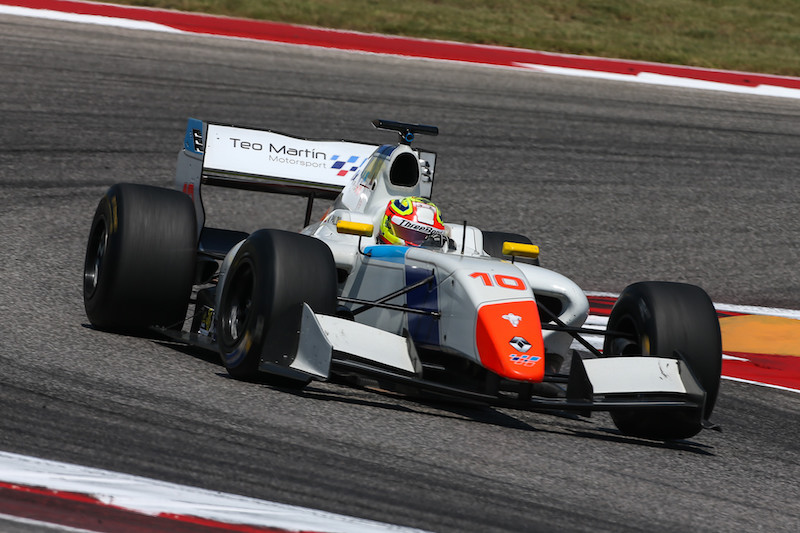 Alex Palou took his third World Series Formula V8 3.5 pole ahead of points leader Pietro Fittipaldi in a dead heat in qualifying two at Austin’s Circuit of the Americas.

Both Palou and Fittipaldi set 1m49.411s lap times but Palou set his fastest lap before Fittipaldi, putting him on pole for Saturday’s second race of the weekend.

Egor Orudzhev, who had been top of the order midway through the session, qualified third with a time just a tenth of a second slower than Palou. He starts ahead of race one pole sitter Rene Binder.

Orudzhev will start race one third alongside Palou.

Fittipaldi?s championship challengers start on the backfoot. His closest rival, Matevos Isaakyan, will start both races fifth whilst Alfonso Celis, third in the championship, starts seventh for race one and sixth for race two.