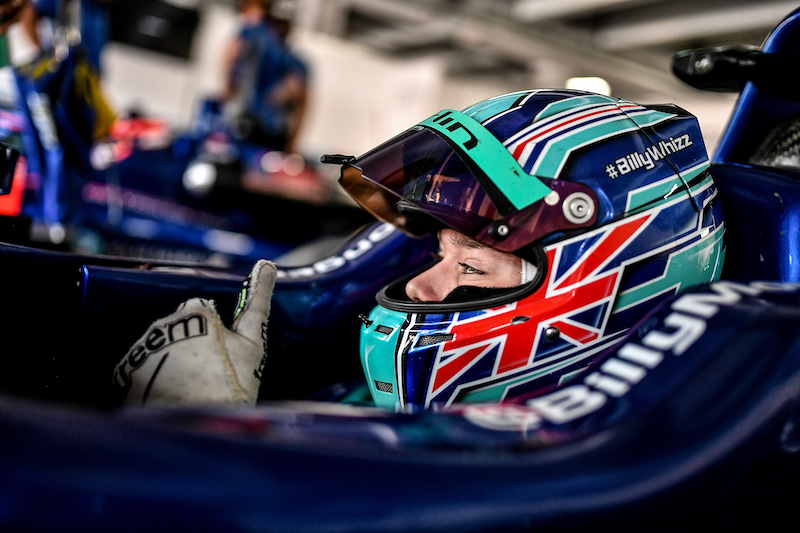 Billy Monger will be among the newcomers taking part in the three-day FIA Formula 3 post-season that begins on Sunday at Valencia.

All 10 FIA F3 teams will take part in the test, which provides a chance to prepare for the upcoming Macau Grand Prix as well as evaluate and begin working with drivers for the 2020 season.

Monger, fresh from his first season in Euroformula Open in which he won the Pau Grand Prix, will continue to work with Carlin for his debut in an FIA F3 car.

He will be joined at the team on Sunday by its Macau Grand Prix signing Dan Ticktum plus ADAC Formula 4 champion Theo Pourchaire, who will link up with ART Grand Prix for the latter two days of running.

ART runs its full Macau line-up on the first day of the test, with its 2019 race-winner Christian Lundgaard joined by DTM driver Ferdinand Habsburg and former Campos racer Sebastian Fernandez.

Hitech runs its two new Macau signings, Yuki Tsunoda and Max Fewtrell, while Juri Vips is replaced by another Red Bull junior, Jack Doohan, who finished second in Asian F3 for the squad this year.

At Trident, Devlin DeFrancesco continues alongside two drivers returning to the team for Macau: Alessio Lorandi and David Beckmann. On later days, the Italian team will also run its remaining Macau driver Olli Caldwell plus Lirim Zendeli, who split with the Sauber Junior Team by Charouz during the FIA F3 season finale in Sochi.

Zendeli lines up on Sunday for Jenzer Motorsport with Federico Malvestiti, who raced for the team at Silverstone, and Euroformula Open driver Calan Williams.

Jake Hughes remains with HWA alongside Linus Lundqvist and another former Charouz driver Fabio Scherer. The team is still to reveal who will join Hughes and Keyvan Andres in the line-up for Macau.

As revealed by Formula Scout, Euroformula Open runner-up Lukas Dunner will test for MP Motorsport prior to his debut in Macau. Richard Verschoor stays with the team for the first day of the test alongside its Formula Renault Eurocup race-winner Lorenzo Colombo.

At Campos Racing, the team’s only confirmed Macau entrant Alessio Deledda is joined by ex-Formula V8 3.5 driver Yu Kanamaru – a two-time Macau starter in 2014/15 – and Spanish karter David Vidales, who is undergoing a testing programme with the team in a Dallara F317.

As it previously revealed, Prema will field Logan Sargeant, Oscar Piastri and Enaam Ahmed on Sunday, before deploying Frederik Vesti and Enzo Fittipaldi after the conclusion of the Formula Regional European Championship season at Monza.