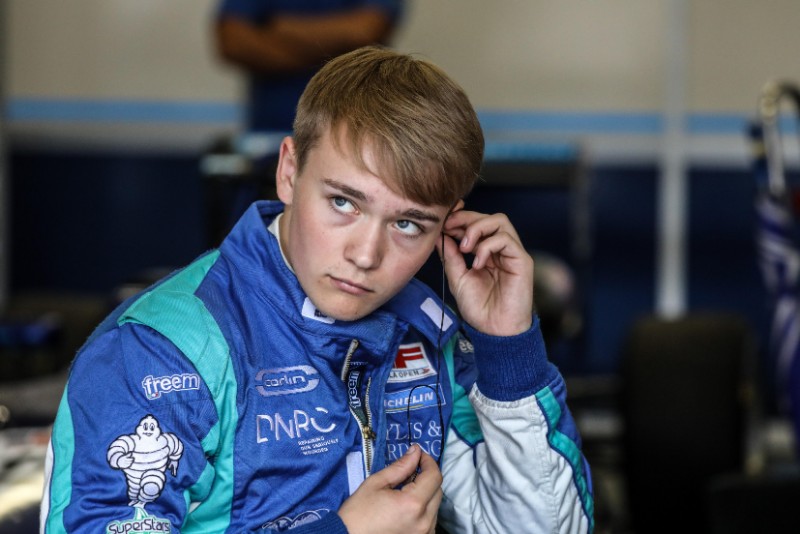 Carlin’s Billy Monger set the pace in the first Euroformula Open free practice session at Barcelona, which was twice interrupted by red flags.

The first red flag was caused by Drivex School’s Rui Andrade looping his car in the middle sector of the lap and having to have it towed back to the pits, while the second was a result of Fortec Motorsports’ Manuel Maldonado hitting a wall and stopping on track with just a few minuted of the session to go.

Dunner was set to return to track for his final run when the second red flag incident occurred, leaving him in third place, 0.226 seconds back from the closely matched Monger and Lundqvist.

Monger revealed after the session that he had been having trouble with his neck muscles in the pre-event test at the circuit.

Nicolai Kjaergaard and championship debutant Ido Cohen completed the top five for Carlin, ahead of Red Bull juniors Liam Lawson and Yuki Tsunoda who were the best of the Motopark drivers. Championship leader Marino Sato was down in ninth, 0.873s off the pace.