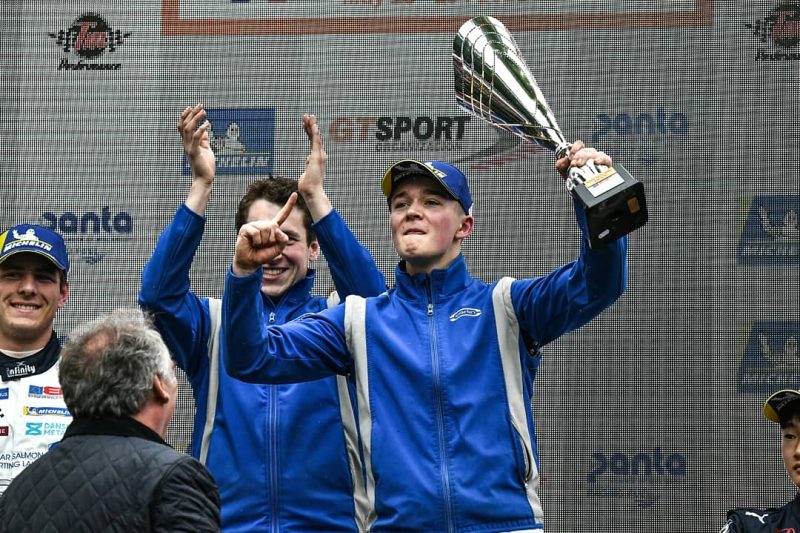 Billy Monger has explained the strategy call that led to his shock Pau Grand Prix win, his first time on top of the podium since his return to racing.

Monger unsuccessfully opted for wet tyres in the first Euroformula Open race of the weekend, enjoying a brief advantage before been forced to abandon his strategy and pit for slick tyres when the track dried – he finished in ninth and a lap down.

Rain affected the start of the second race (the Pau GP) as well, which Monger had qualified 11th for. He was set to start on slick tyres again, but made the bold move to pit at the end of the formation lap for wet tyres – against the initial advice of his engineer.

“I was dead last after the first lap when I pitted,” Monger said. “I think there were two guys behind me who pitted as well. Me and my engineer, we were fighting with each other over the radio on the green flag lap.

After changing tyres, Monger was able to catch the pack ahead, aided by a safety car that was brought out following Rui Andrade’s crash.

Monger quickly scythed his way through the field, and as the conditions worsened his advantage over the slick-shod runners – such as the leading Motopark quartet – increased.

He had made his way up to third place, and was rapidly closing on the leading duo of Julian Hanses and Red Bull junior Liam Lawson until the pair collided at Turn 10, handing Monger the race lead.

The 20-year-old believed he would spend the majority of the race ‘stuck in the midfield’, after qualifying down the order.

“I can?t believe it,” he added. “I mean, after qualifying 11th – we had so much more potential than that – I thought that was going to be our race, I thought we were going to be stuck in the midfield.

“We had the green flag, and I just knew it was too wet, and where I was starting I just made the gamble for wets on the warm-up lap before the start of the race, and from that point on just tried to pick them off one-by-one.