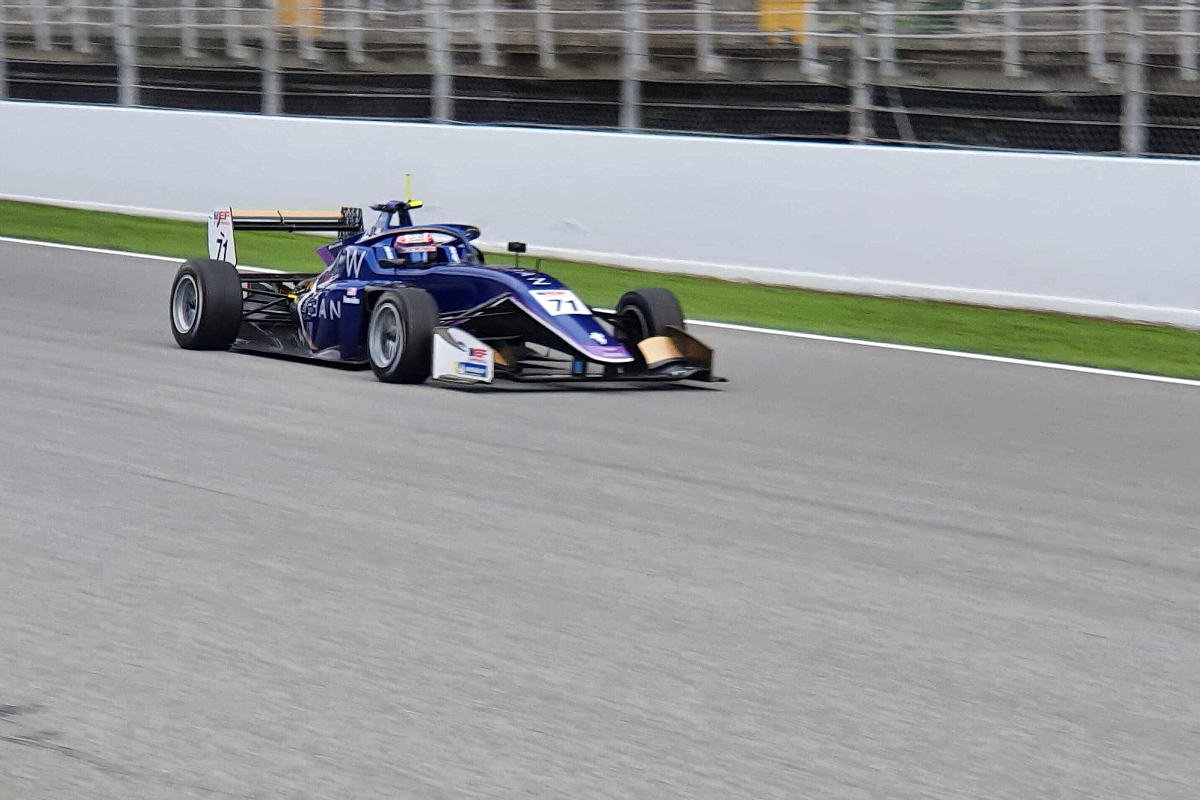 There will be a grid of 16 cars for this weekend’s Euroformula season finale at Barcelona, as Brad Benavides stays on with Carlin.

The American originally joined the team on a two-round deal, during which he picked up three seventh places, but has extended that to include the final round. He will be team-mate once again to Enzo Trulli, who has spent the past three rounds with Carlin.

Trulli was eighth and Benavides was 10th fastest on Thursday’s pre-event test day at Barcelona, while former Carlin driver Christian Mansell set the pace for Motopark.

The three-hour morning session began with Van Amersfoort Racing’s Rafael Villagomez on top until after the 20-minute mark when title contenders Cameron Das and Louis Foster broke into the 1m37s. Das’s returning Motopark team-mate Jak Crawford shaved 0.014 seconds off Foster’s benchmark after half an hour, then Villagomez moved back into first place just as BVM Racing’s Francesco Simonazzi set a flying lap for the first time.

Crawford went fastest again 40 minutes in, just a tenth up on Villagomez, but improved by another 0.460s before the end of the first hour when Double R Racing’s Sebastian Alvarez had an issue on track and had to be towed back to the pits.

Foster came to the fore in hour two, with VAR’s Cem Bolukbasi also bettering Crawford. He responded in the second half of the session by going three tenths faster than Foster, with Double R’s Josh Mason slotting into second place.

Those positions didn’t last for long though, as the third VAR-run car driven by Casper Stevenson narrowly went fastest and Trulli slotted into third.

There was little action after that as Villagomez had a problem too, although red flags weren’t waved, and the circuit became overcast before it eventually started raining at the end of the session.

Despite the less than favourable weather, Das and Crawford were able to go one-two with 20 minutes to go, then Das improved again at the end before Mansell with his final lap went fastest of anyone.

The afternoon session was not as fast, with Trulli initially setting the pace and then Foster sitting at the top for a long time. At one point Stevenson spun and stalled, leading to his car being craned onto a truck and taken back to pitlane, but it didn’t lead to a red flag stoppage.

Crawford ended the session fastest, ahead of Villagomez, Foster and Trulli.