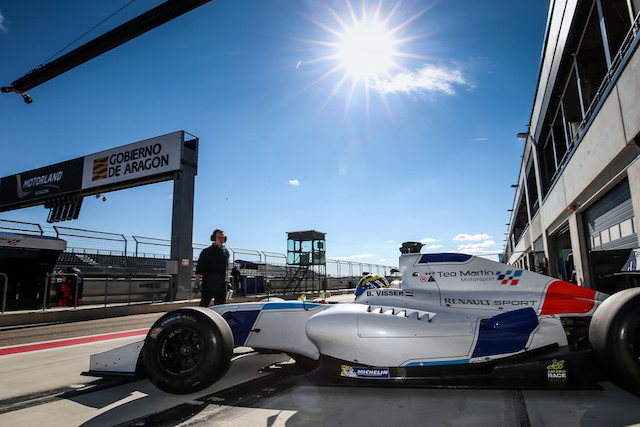 Beitske Visser has secured a seat with Teo Martin Motorsport for the coming Formula V8 3.5 season.

After two seasons racing in the category for the AVF team, Visser was announced in a deal with Pons Racing for 2016 before the team quit the series.

She tested for Strakka Racing at Barcelona last month, but with the British squad putting its programme on hold, then teamed up with Teo Martin’s team at Aragon last weekend and will race alongside Yu Kanamru this season.

“I feel very confident after the test last week. It’s working well together with the team and I think that we can make some very good results together. I would like to thank my sponsors Gecrio and Extra for giving me this chance.”