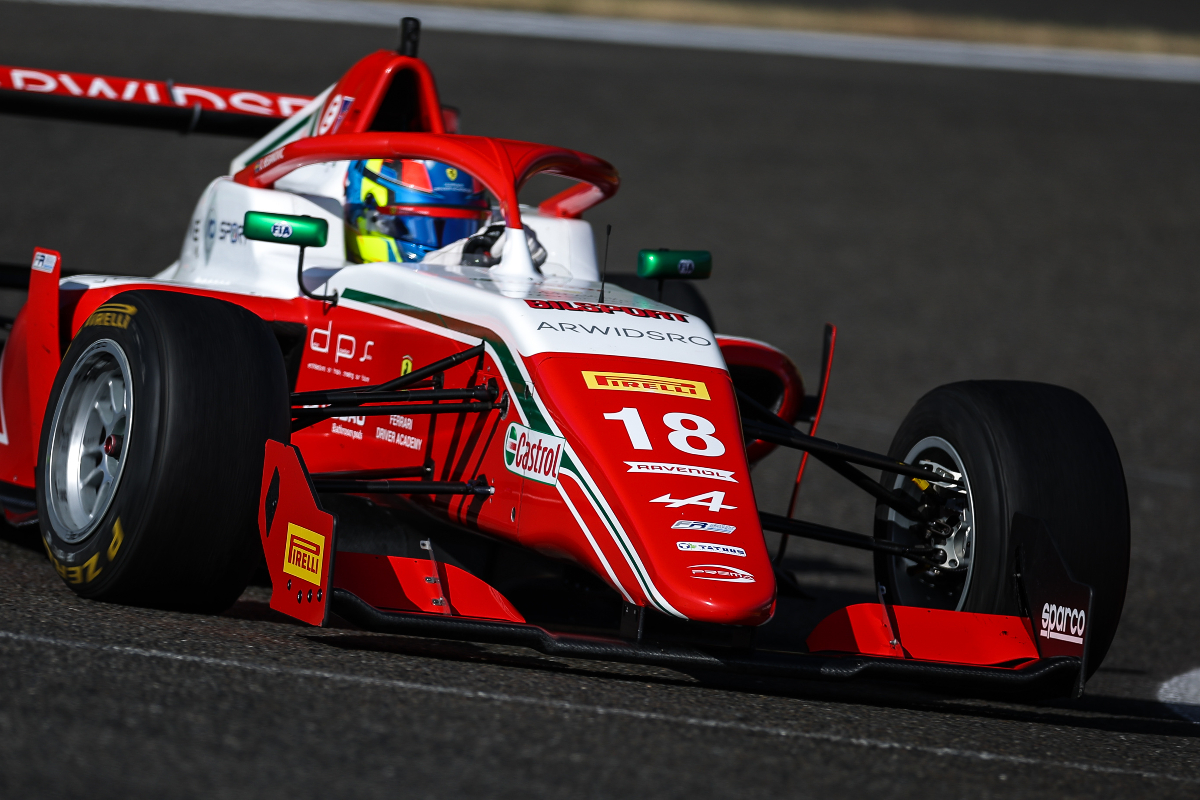 Dino Beganovic won for the first time since Monaco as he eased to a comfortable victory in the opening Formula Regional European Championship race at Spa-Francorchamps.

Having been forced to retire two laps from the flag, a late red flag enabled Gabriele Mini to take a fortunate second place on results countback.

Beganovic held off a first lap challenge from Mini at Les Combes and after initially holding the gap to around 0.6 seconds, soon began to pull away. Mini was more than four seconds adrift when a rear-right puncture caused him to lock up under braking for the Bus Stop chicane at the end of lap 12.

Though he managed to bring the car under control in the run-off, the distraught Italian appeared to have lost his comfortable second place.

However, a spin at Les Combes on the 14th and final lap for FA Racing’s Victor Bernier brought out red flags and the results were declared fromt the end of lap 12, reinstating the fortunate Mini to second place.

MP Motorsport’s Sami Meguetounif took an impressive third place and rookie honours after a race-long duel with Paul Aron who got past on lap two but was unable to shake Meguetounif off. He managed to repass Aron 10 laps later.

The biggest loser from Mini’s reinstatement was Arden’s Dudu Barrichello, enjoying his strongest-ever race in FREC. Barrichello maintained a watching brief over the battle in front of him throughout, before passing Aron for fourth on what was ultimately the last classified lap. Alas for Barrichello, hopes of a maiden podium were dashed by the results countback and he claimed his first points of the season in fourth place.

Lorenzo Fluxa put in an attacking drive to go from ninth to sixth, emerging on top of a battle with Lorenzo Fornaroli, Tim Tramnitz and Kas Haverkort.

Fluxa’s R-ace GP team-mates Gabriel Bortoleto and Hadrien David were forced to start from the back of the grid due to engine changes, and fought their way through the 33-car field to finish 15th and 17th respectively.

Sebastian Montoya finished 21st after a couple of first lap incidents dropped him down the field. He tried an ambitious move down the inside of Prema team-mate Aron into La Source at the start, before running wide at Les Combes.