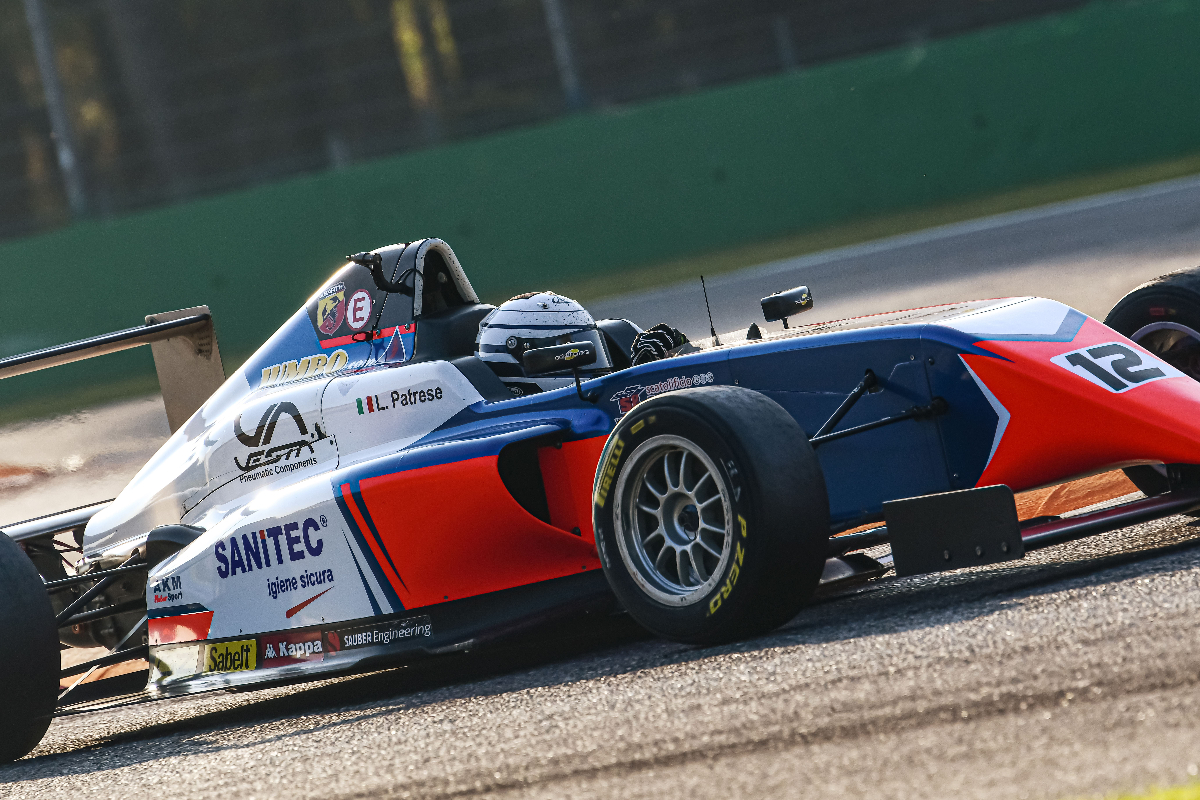 Van Amersfoort Racing’s Bedrin was fastest in session two of four, with AKM Motorsport’s Patrese matching his benchmark midway through the final session in the late afternoon. Bedrin was one of several who were faster in the morning.

Iron Lynx’s Leonardo Fornaroli was third fastest, 0.058 seconds slower than the top two and second in sessions two and four, while Mucke Motorsport’s Joshua Duerksen and US Racing’s Tim Tramnitz were also within a tenth of the pace.

Sebastian Montoya had set the early pace for Prema, and topped sessions one and three, but ultimately was only sixth fastest. His team-mate Conrad Laursen was 0.082s slower, with the duo split by VAR’s Joshua Dufek.

After a tricky opening session, US’s Vlad Lomko ended the day in ninth ahead of Andrea Kimi Antonelli. Unlike his Prema team-mates, Antonelli was able to improve his pace in session four.

Ollie Bearman, who clinched the title at the previous round in Mugello, was absent from the test due to his participation in the Aston Martin Autosport BRDC Award assessment week at Silverstone.

Iron Lynx’s Pietro Armanni caused a red flag in the final session with an off in sector three. One of his team-mates from the previous round, Kacper Sztuka, was back at the team he started the season with during the Monza test.

Sztuka was at the wheel of AS Motorsport’s car, having contested the first five rounds of 2021 with the squad. He switched to Iron Lynx for Mugello to evaluate his 2022 options, but didn’t secure a seat there for a second round and will be back at his original team this weekend.