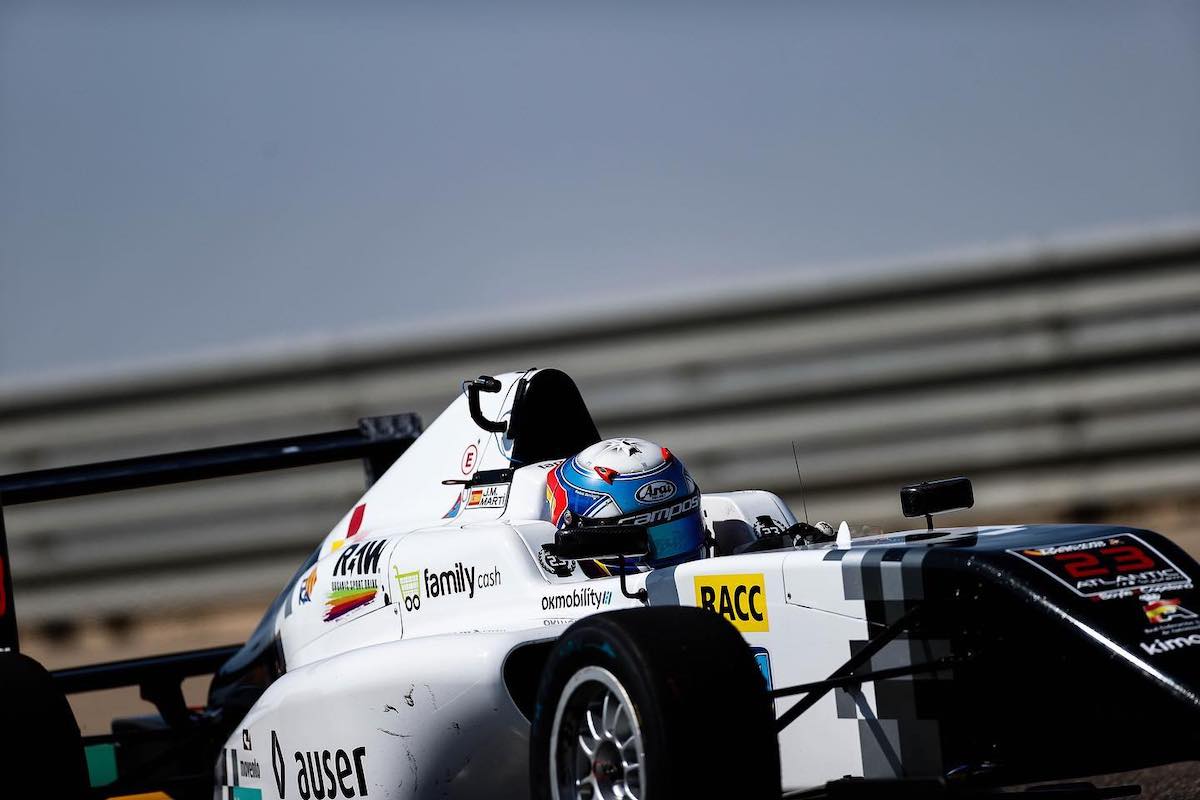 Marti was 0.037 seconds faster than MP Motorsport’s Suleiman Zanfari in the first of four sessions of the day, with over a third over a second then back to Campos team-mate Sebastian Ogaard in third.

A quarter-second gain was made by Marti in session two, this time going 0.083s faster than Zanfari and with Formula de Campeones’ Daniel Macia 0.416s back in third. The session was interrupted almost immediately by Global Racing Service’s Anshul Gandhi causing a red flag.

Drivex School’s Branden Lee Oxley went to the top after that, before MP’s Emely de Heus caused another red flag, and Teo Martin Motorsport’s Oliver Michl was then the surprice pacesetter before Marti went fastest towards the end.

Macia was quickest in session three, the first of the afternoon sessions, where Gandhi and Drivex’s Lucas Malek were the only improvers. The final third of the session featured very little action after MP’s Gil Molina caused a red flag.

Danish F4 star Noah Stromsted was the top for Campos when session four was stopped by his team-mate Alex Partyshev going off. After it was restarted MP’s development driver Miron Pingasov and Noah Degnbol who went to the top – although Degnbol didn’t better his fastest session one laptime – before Michl went quickest again.

With five minutes to go it looked like Macia would head another session as he went fastest, but a late lap from Max Arkhangelskiy put him 0.067s clear of Marti and 0.338s clear of Macia. Russians Arkhangelskiy and Pingasov, Teo Martin’s Filip Jenic in 15th and Malek were the only drivers to set their personal best in the final segment of the day’s running.