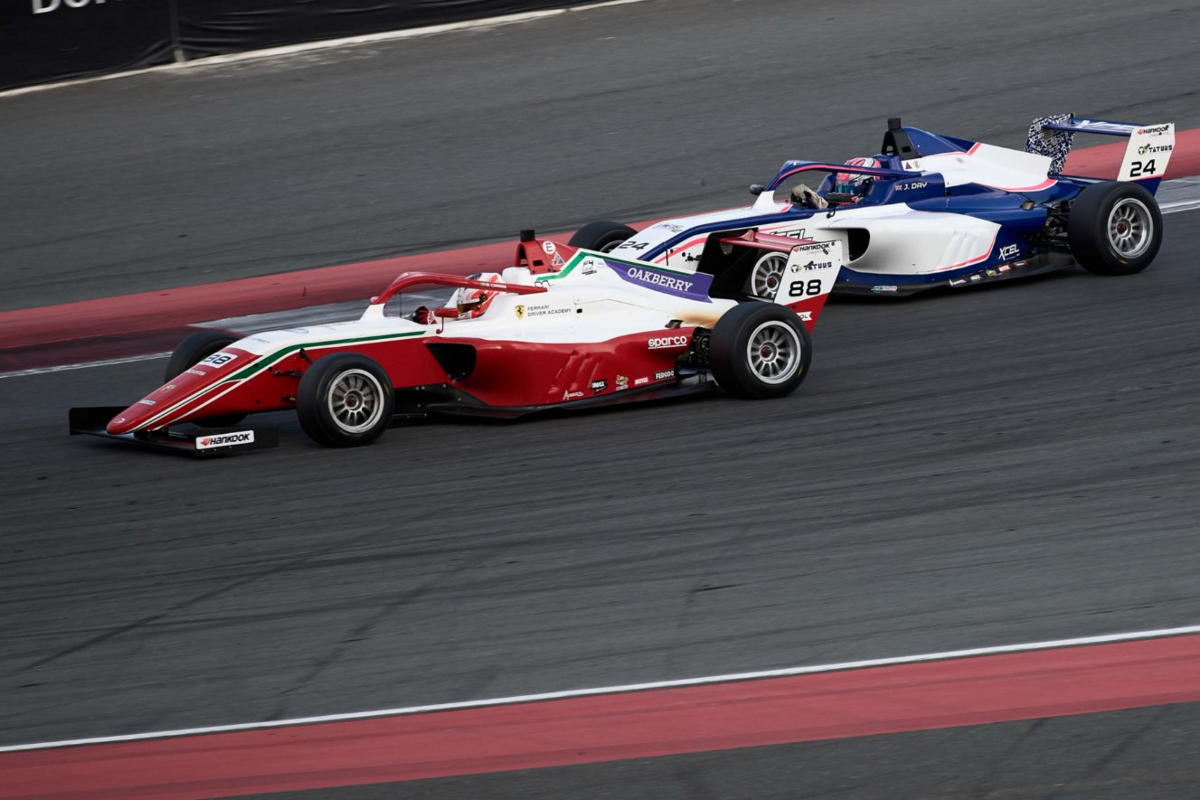 Rafael Camara and Nikita Bedrin will lock out the front row for the first three races of this weekend’s Formula 4 United Arab Emirates finale at Yas Marina Circuit.

Prema driver Camara pipped Bedrin to the top spot in Q1, by just 0.023 seconds, but on second-best laptimes it was the PHM Racing driver who performed slightly better and he was able to nab pole for race two by 0.219s.

Camara’s Prema stablemates Aiden Neate and Charlie Wurz were third and fourth fastest, with their positions switched for race two, and with Bedrin’s team-mate Taylor Barnard in fifth it meant that 0.440s back in sixth place was the best of the rest in the form of MP Motorsport’s Tasanapol Inthraphuvasak.

Bedrin set the pace early in Q2, ahead of Inthraphuvasak and Camara, but with just over five minutes remaining of qualifying Camara put in a 1m55.000s that put him to the top just as Bedrin had his fastest lap deleted and dropped to fifth on the timesheet.

Wurz qualified third again, and this time Neate was back in fifth with Hitech GP’s Alex Dunne and Inthraphuvasak in between himself and his team-mate.