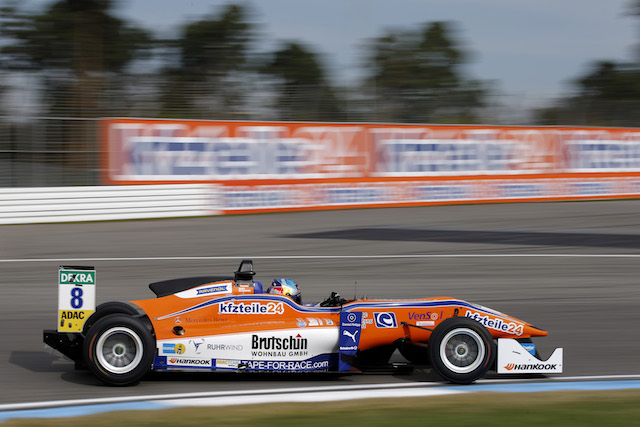 David Beckmann has been stripped of his maiden FIA Formula 3 European Championship pole position at Hockenheim after his car failed post-qualifying checks.

The 16-year-old German had earlier beaten?champion Lance Stroll by 0.012 seconds to top?qualifying for the first race of the championship’s final round.

However, his Mucke Motorsport Dallara-Mercedes later failed the bodywork flexibility test, leading to his exclusion and putting him to the back of the grid for race one.

Beckmann’s exclusion promotes?Stroll onto pole position, with Prema team-mate?Maximilian Gunther alongside him.

Beckmann will be joined at the back of the grid by?George Russell and?Niko Kari, who missed the first qualifying session due to engine issues. With both having their powerplants replaced, they will take 10-place grid penalties for the remaining races.