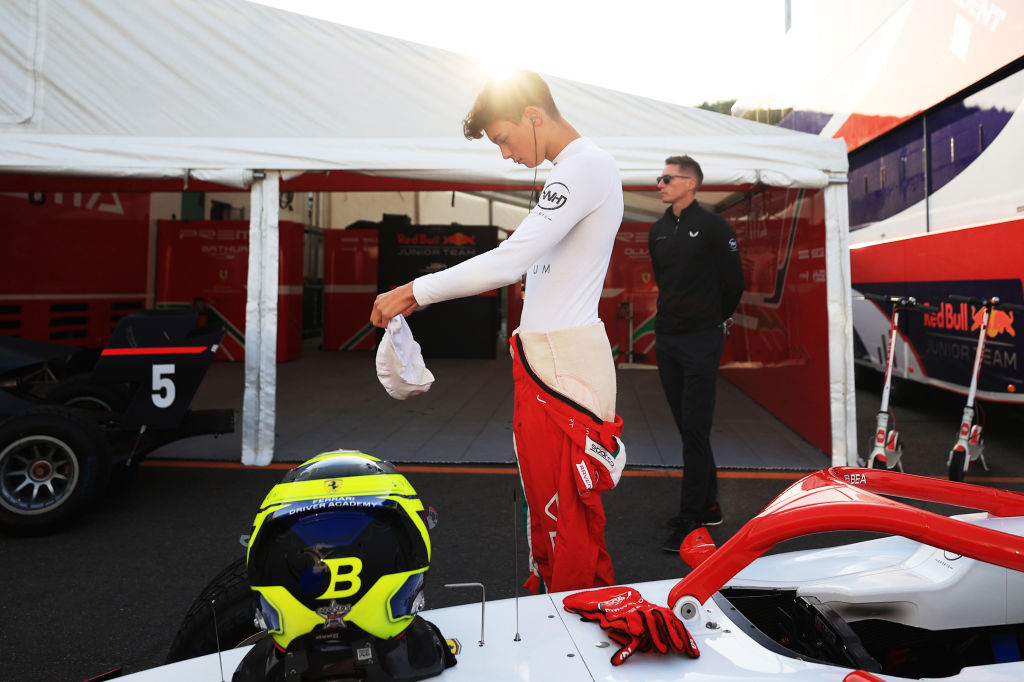 Drivers went out on grooved tyres as the track surface was wet after rain fell during the night.

Championship leader Victor Martins was the first driver to lead the board with a laptime of 1m51.455s, followed closely by MP Motorsport’s Caio Collet and his own ART Grand Prix team-mate Gregoire Saucy.

Van Amersrfoort Racing’s Rafael Villagomez spun out of the first chicane. Only yellow flags were waved as he quickly continued. Hitech GP’s Isack Hadjar would also spin round at the Ascari chicane while pushing to set the fastest lap of the session.

Drivers started to lower their laptimes as track conditions improved. ART’s Juan Manuel Correa moved to the top of the times to be soon beaten by Saucy.

The virtual safety car was then deployed due to Jenzer Motorsport’s Federico Malvestiti stopping on the main straight with mechanical issues. However, it didn’t last long as he restarted and returned to the pitlane, where his mechanics investigated the issue.

Zane Maloney set the fastest lap as the session midway point approached. The Trident driver was bettered by Carlin’s Zak O’Sullivan and Hitech’s Kaylen Frederick, who stayed on track for some more laps whereas most drivers headed to the pit-lane as there wasn’t enough water on track for the wet tyres.

MP’s Alex Smolyar was the first driver to take the track on slicks with less than 15 minutes remaining on the clock, and was immediately joined by the rest of the field.

After lots of changes in the order, Bearman took the top spot ahead of Hadjar and his team-mate Arthur Leclerc as the chequered flag was waved. Trident’s Jonny Edgar and Campos Racing’s David Vidales completed the top five.

Of the other title contenders, Martins was seventh and Jak Crawford was 10th, with Roman Stanek 14th and Maloney ending up 20th.