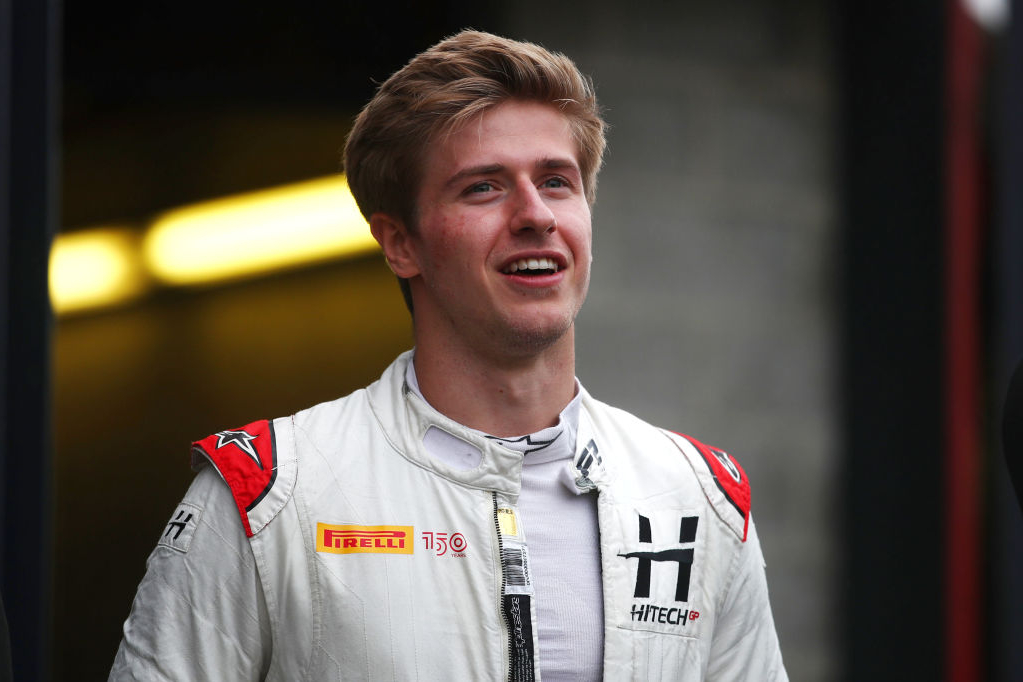 Hitech GP’s Juri Vips led Formula 2’s practice session at Monza with a laptime over three tenths of a second faster than his nearest competitor.

DAMS’ series returnee Luca Ghiotto and Campos Racing’s Ralph Boschung were the first drivers to clock representative laps. Ghiotto set the pace early on as he got up to speed after not driving the Dallara F2 2018 for almost two years.

Little running took place in the opening 15 minutes of the session as most drivers waited in the pitlane for Ghiotto and some others to rubber up the track. Vips went then fastest with a laptime of 1m35.335s, which ART Grand Prix’s Theo Pourchaire would better moments later.

Track conditions kept improving as the session progressed, and Vips again went fastest and exchanged the top spot first with Carlin’s Liam Lawson and then with Virtuosi Racing’s Jack Doohan.

All drivers improved their pace as practice approached its end. Vips reclaimed first place with five minutes to go, and no one would get close to his 1m32.337s lap. A late lap from Boschung meant he was second fastest, followed by Hitech’s Marcus Armstrong.

Pourchaire was shuffled down to fourth, two places ahead of MP Motorsport’s championship leader Felipe Drugovich. Trident’s Richard Verschoor was in between them in fifth.

The marshals had to push Tatiana Calderon back to the pitlane after she stalled at the pit exit when doing a practice start late on.

Having been shown the black-and-white flag during the session, MP’s Clement Novalak will be investigated after the session for exceeding track limits on several occasions at different corners. Campos’s Olli Caldwell is under investigation for impeding Drugovich.