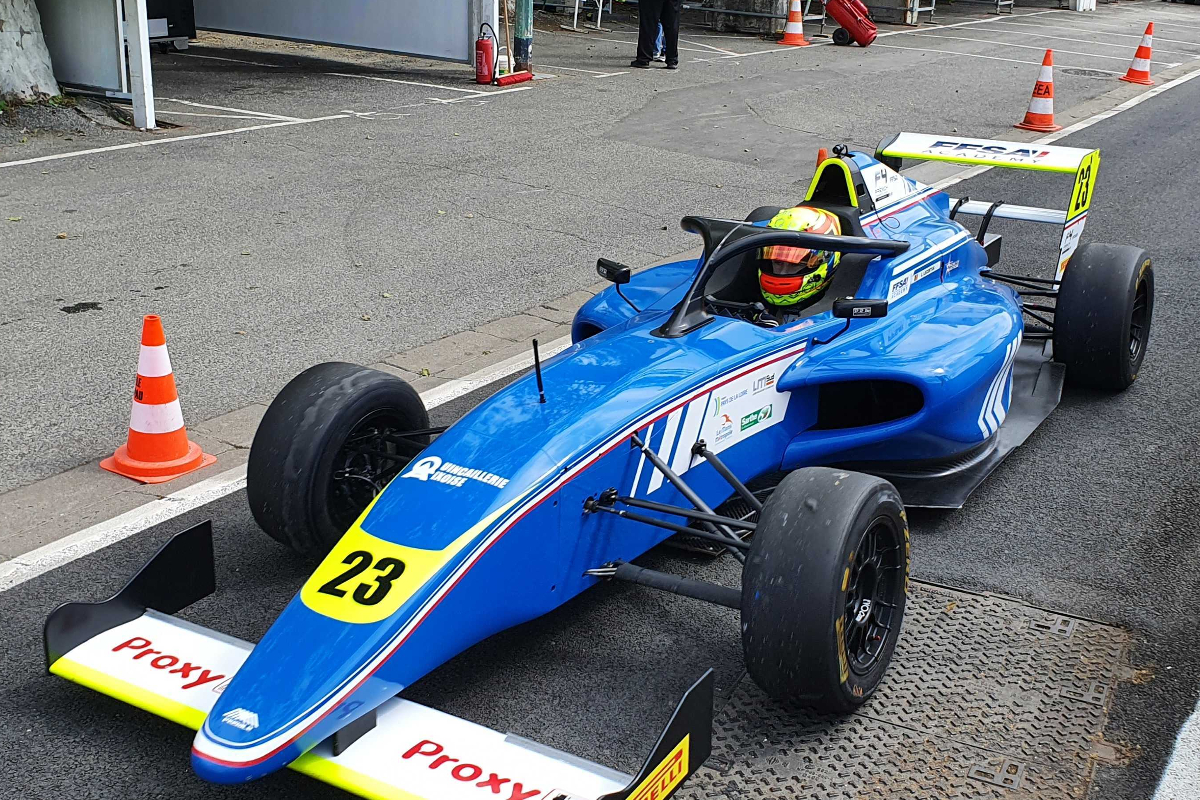 Lorens Lecertua set the pace in French Formula 4 practice at Ledenon in a twice red-flagged session.

The Belgian didn’t appear in first place until late on in the half-hour Friday morning session, with Elliott Vayron establishing the early place but then dropping down the order.

Championship leader Hugh Barter was next to the top of the times ahead of Lecertua, then Dario Cabanelas moved into first place just before the red flags came out as he set a 1m36.148s lap.

There was still plenty of pace to be found once track action resumed, and Enzo Geraci immediately knocked three seconds off Cabanelas’s benchmark.

Alessandro Giusti then bettered him, breaking into the 1m32s, then Lecertua became the first driver to get into the 1m31s with 10 minutes of practice to still go.

Honda junior Yuto Nomura rose into second place at the same time, 0.259 seconds slower than Lecertua, and from then on there was no change to the order at the top as another red flag interruption came courtesy of Jeronimo Berrio.