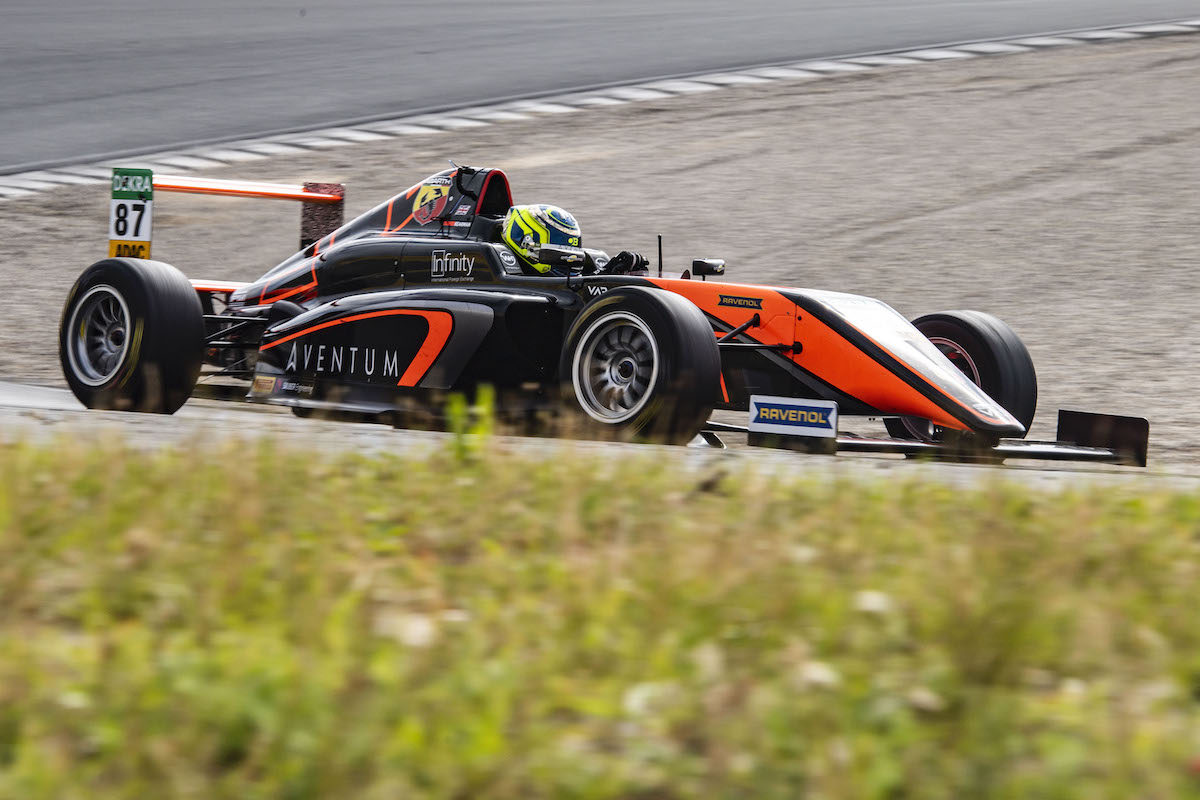 Ollie Bearman claimed another victory over Sebastian Montoya in the opening ADAC Formula 4 race of the weekend at Zandvoort.

The Van Amersfoort racer was untouchable throughout the 30 minute race, despite a mid-race safety car period bringing Sebastian Montoya back onto his tail.

Bearman had a considerable lead at the front of the order by the closing stages of the race.

He appeared to back off on the final lap, allowing Montoya to close the gap to 0.453s by the chequered flag, but Bearman had the gap under control.

His third win of the season – and his eighth in his last nine F4 races across the German and Italian series – allows him to extend his gap at the front of the championship standings.

The safety car was brought out shortly before the mid-point of the race when Leonardo Fornaroli ran off track by himself. The Iron Lynx run driver had been running in the midpack when he went wide into the gravel and was unable to continue.

The stoppage interrupted an intense battle between Luke Browning and Kirill Smal, fighting for fourth. Smal hadn’t quite enough to pass Browning and had to contend with Victor Bernier and Vladislav Lomko close behind.

On the restart, Browning tried to attack Tim Tramnitz ahead, but soon found himself back under pressure from Smal.

Smal wouldn’t be able to find a way through, and finished half a second back from Browning, who was 1.229s behind Tramnitz in third.

Bernier took sixth from Lomko. The pair were running just ahead of Sami Meguetounif for much of the second half of the race.

Meguetounif had enjoyed a strong climb up through the order and was running P8 when he ran wide on the penultimate lap. He was stuck in the gravel for a time, but the incident was covered under yellow flags, allowing racing to continue or the final lap.

Joshua Dufek was promoted to eighth ahead of Bence Valint, who he had been battling for much of the race. Francesco Braschi held off Nikita Bedrin for 10th, although as a guest driver he forfeits the final point to the Russian.