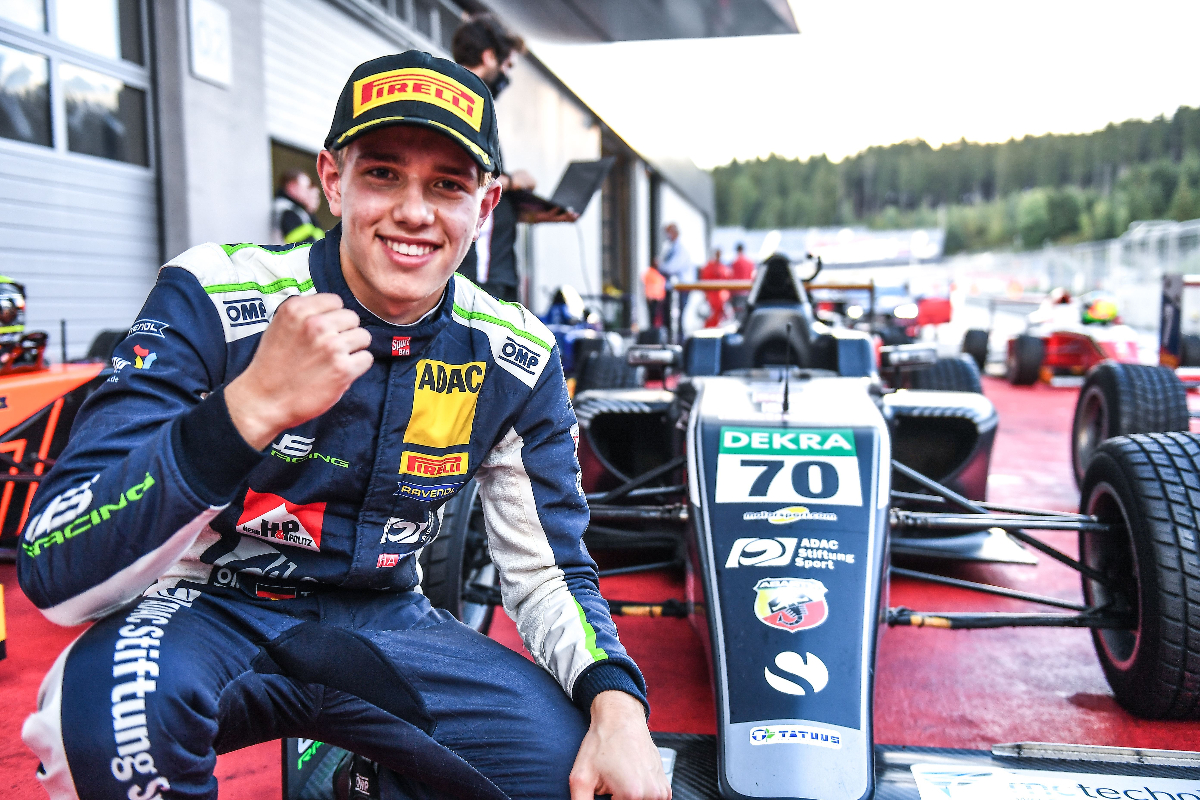 Ollie Bearman and Tim Tramnitz claimed pole positions for race one and two respectively in round three of the ADAC Formula 4 season at Hockenheim.

Both qualifying sessions ran under green flag conditions for their whole duration, but several laps were cancelled due to track limits.

Bearman was already on top of the times after the first competitive laps with a 1m41.773s effort, and he would stay there for the rest of the session.

The Van Amersfoort Racing driver improved to 1m41.143s with five minutes to go, and that would be good enough to take pole for race one. US Racing’s Tramnitz came close though, clocking a lap just 0.001 seconds slower.

Series debutant Alex Dunne was third fastest, only 0.117s from pole on his F4 return.

Luke Browning and Vlad Lomko completed the top five, with both being less than two tenths off the pole laptime.

Tramnitz took over from Bearman as the pacesetter in the second qualifying session.

The German’s first competitive lap was already faster than Bearman’s race one pole lap, and he went on to set a 1m40.991s, which would earn him pole for race two.

Dunne sat second for most of the session, only to be bettered by Bearman by just four thousands of a second.

VAR’s Joshua Dufek will start race two from fourth, just ahead of Browning, who made the top five again.