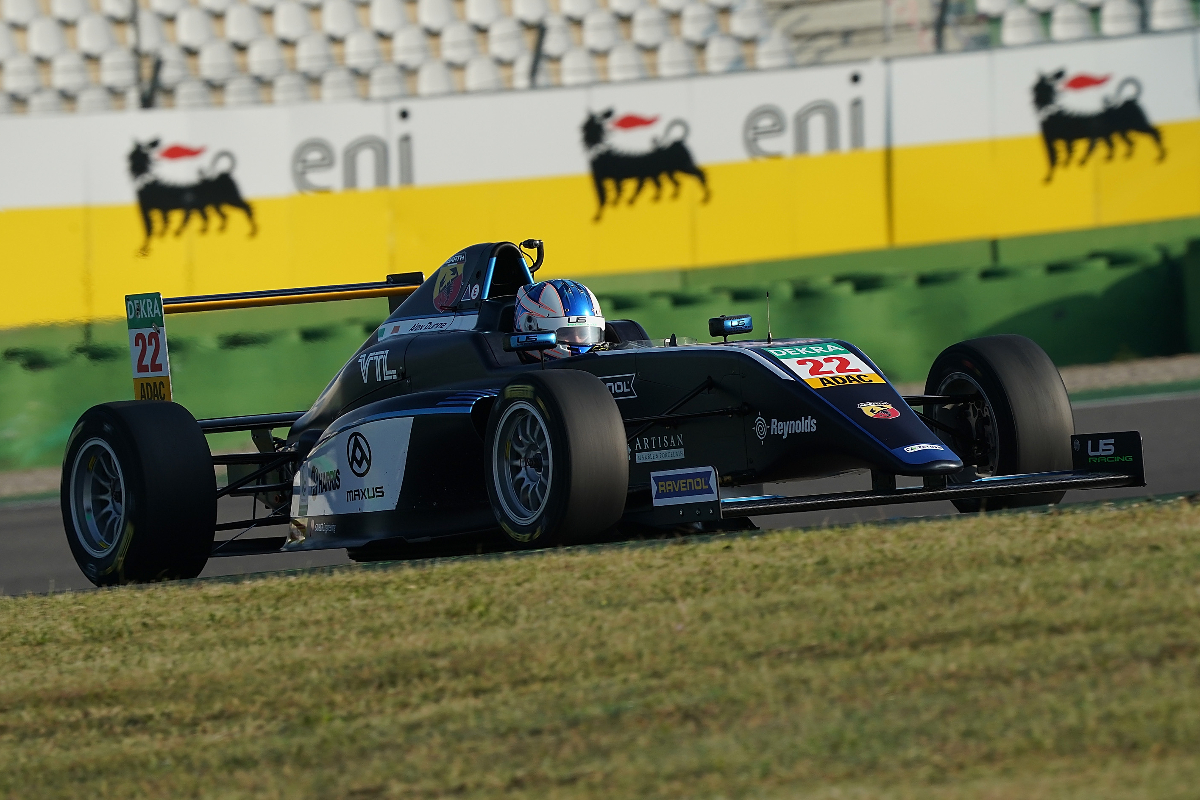 Both sessions occurred in the morning, and there were 13 cars on track as BWR Motorsports was without Valentino Catalano after the reigning French F4 Junior champion ran out of budget over summer. It means the team is only running Nico Rosbeg protege Taylor Barnard this weekend.

Van Amersfoort Racing’s points leader Ollie Bearman initially set the pace in FP1, witg R-ace GP’s Victor Bernier then becoming the first driver to break into the 1m43s as multiple drivers were warned for violating track limits at turn one.

Bearman put himself back on top by moving into the 1m42s, and was then edged by US’s Tim Tramnitz before responding with an improvement of half a second. Tramnitz was first to reach the 1m41s mark on his next lap, as Dunne snuck into second place.

There were further improvements from Tramnitz until with just over 11 minutes to go, Dunne moved into first place. He kept himself there until the end, with most drivers heading to the pits during that final segment, and ended up fastest by 0.290 seconds ahead of Bearman who set his personal best on his final lap.

Dunne spent more of FP2 on top, and didn’t take long to be lapping in the 1m41s. However he was also the cause of a red flag with an issue in the final sector, and that shortened the session.

Tramnitz was second quickest, 0.051s back, while Bearman’s FP1 time put him third overall in free practice. US’s Vlad Lomko in fourth was also a non-improver, while going fourth in FP2 but VAR’s Nikita Bedrin in fifth overall.