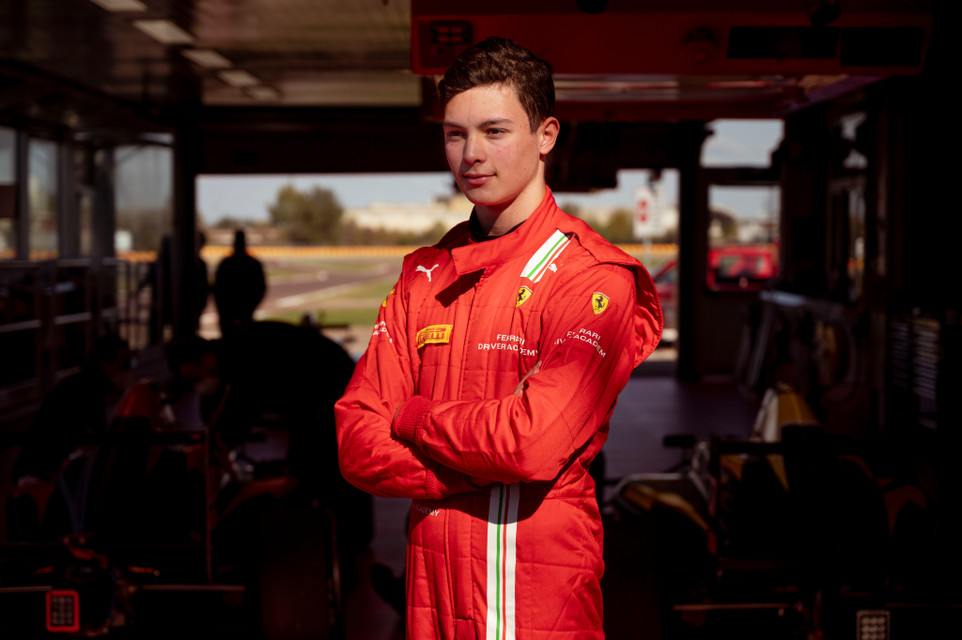 Bearman wrapped up the ADAC F4 title at the weekend, becoming the first ever driver to win both the Italian and German titles in the same season.

Bearman and Camara were two of the four drivers selected by the FDA to participate in its Scouting World Final at Maranello last month.

Marco Matassa, head of Ferrari’s Driver Academy, explained that alongside his basic speed, Bearman demonstrated “other important qualities, such as the ability to give good feedback to the engineers, as well as understanding in which areas he can improve, while putting into practice what he was told to do before going out on track for the first time.”

Camara’s “natural speed at the wheel” impressed the FDA, in particular, “his understanding of braking as well as the fact he is clearly being a quick learner, given his limited experience at the wheel of a single-seater”.

Ferrari has not confirmed where either driver will race next season, but Bearman seems highly likely to step up to FIA Formula 3 with Prema after running with the team on all three days of the recent test at Valencia, where he set the seventh-fastest time overall.

“I am really happy to have been selected to join the Ferrari Driver Academy,” he said. “It is a great way to end what has been a really good racing season for me.”

Speaking to Formula Scout after the scouting final, Bearman said: “Apart from the sim work, and the mental and physical assessments we obviously drove on the track at Fiorano, [which was] was really awesome. Obviously, not many people have driven on the track so it was a really cool experience. It’s meant to test the F1 car in every single way, and it really tested me personally.”

Camara has impressed in Italian Formula 4 testing and is expected to join the series for a full championship assault in 2022.

“I am very happy to have been chosen by the Ferrari Driver Academy,” Camara said. “It is a unique opportunity for me and I will do my best to repay the faith shown in me. It is a dream to be part of this big Ferrari family and I just have to thank everyone who has always supported me, especially my parents who are always by my side.”

Ferrari’s announcement also referenced another of the scouting finalists, Tuukka Taponen, who recently went on to win the world championship in OK karts. Even though Taponen has already won in single-seaters in Formula Academy Finland, Ferrari says he will continue with Tony Kart for another year, and it “will monitor his progress closely next season, with a view to involving him in further evaluation camps.”