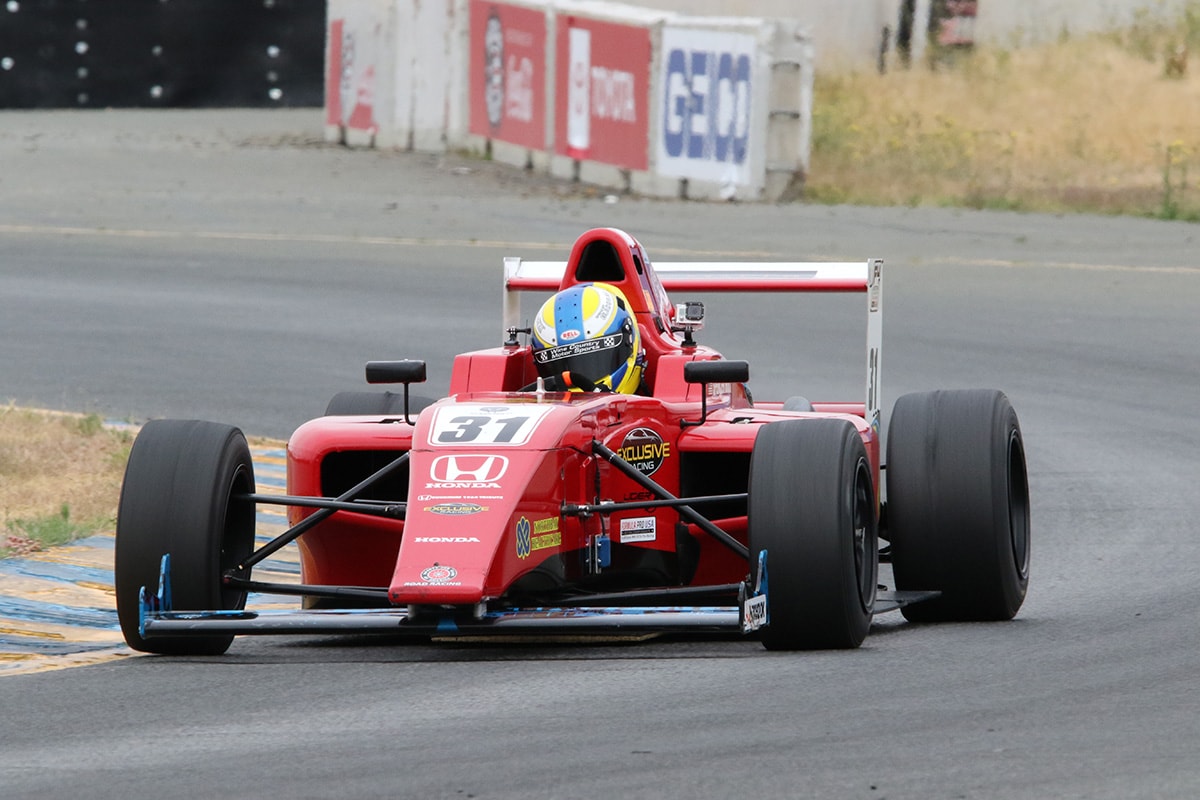 USF Juniors, the Formula 4 series created by Road to Indy operator Andersen Promotions, has announced the calendar for its first season.

Unlike the other Road to Indy series, USF Juniors will run a six-round season of 16 races primarily away from the IndyCar support bill and will support NASCAR-sanctioned events.

The very first official USF Juniors event will be the Spring Training pre-season test, held alongside Indy Pro 2000 and USF2000 at Homestead-Miami Speedway on February 17/18 next year. There will be a “teaching” element fronted by series officials including the offical driver coach Gabby Chaves whose YACademy Winter Series is partnered with USF Juniors.

There will then be a second pre-season test accompanying other Road to Indy Series on March 21/22, held at Barber Motorsports Park.

The recently opened Ozarks International Raceway in Missouri will hold the first ever championship round on April 23/24, consisting of two races, with a three-day break before the next round at Barber that will also be a double-header.

USF Junior teams will pack up and leave the circuit just as IndyCar and its supports arrive, and head to Viriginia International Raceway on June 4/5 for a triple-header third round.

On July 8/9 the series supports the NASCAR Truck Series at Mid-Ohio for two races, then at the end of the month races at Road America for another triple-header weekend.

The inaugural season concludes with three races at Circuit of the Americas on September 17/18. All but the Barber round will feature pre-event test days, and the champion of the series will recieve a $200,000 scholarship to graduate to USF2000.

“Our debut schedule for USF Juniors constitutes a blend of some of the finest road courses in North America which will provide great training for our entry level drivers,” said Andersen Promotions owner Dan Andersen.

“We designed our calendar with USF2000 teams in mind, providing teams who plan to compete in both programs the ability to manage each series with common staff.”

While the first-generation F4 cars will be used for USF Juniors’ first season, the plan is to then upgrade to Tatuus chassis in 2023 that can be upgraded for use in the next rungs on the Road to Indy.

Velocity Racing Development has already committed to the series, and signed Nikita Johnson as its first driver.

Cem Bolukbasi preparing to step up to Formula 2 for 2022