Cem Bolukbasi preparing to step up to Formula 2 for 2022 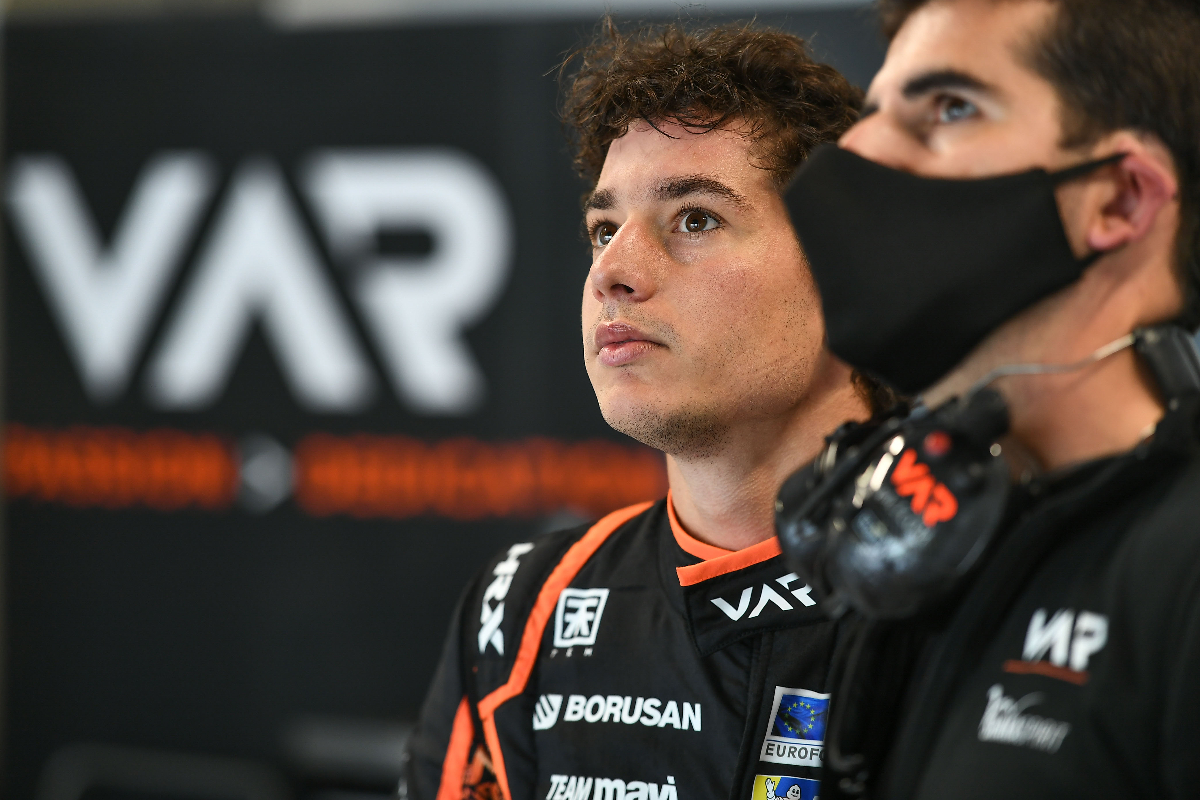 Cem Bolukbasi says he is working on finding a seat in Formula 2 for 2022 after his breakthrough Euroformula campaign this year.

The Turk had a single weekend of single-seater racing experience coming into 2021, which he began with a full Asian Formula 3 season with BlackArts Racing.

He claimed a best finish of fifth, then wasn’t in a single-seater again until round four of the Euroformula season in July. He remarkably won on his debut at the Hungaroring, and claimed two more on-the-road wins from 15 races.

“I really enjoyed every lap I’ve done. I learned a lot and a lot considering I have very little experience,” Bolukbasi said at Euroformula’s Barcelona season finale.

“I think this championship covers about 95% of my single-seater experience. So considering that, we made massive steps forward each weekend and got closer and closer to the front and I think this has been our strongest weekend overall.”

The Van Amersfoort Racing driver took a maiden pole position at Barcelona which he converted into a victory, and then two fourth places which lifted him to fifth in the championship standings.

Before Barcelona, sim racing company Fanatec helped organise a test at Brno for Bolukbasi in an old GP2 car. Formula Scout asked him how much of the budget needed for F2 he had raised as a percentage.

“Ooh, a percentage – I don’t think it’s correct to give a percentage, but we’re working on it,” he replied.

“This year, it definitely was a miracle for us to do Asian F3 plus Euroformula. We raised quite a bit of money, when we think about it. It was not easy, but we have a lot more to show to sponsors, and our meetings are going really well. It’s looking very positive, and we’ll try our best. I think it’s going to be a big step, and I’ll make sure I’ll be ready for it.”

Bolukbasi hopes to be at F2’s post-season Abu Dhabi test, and do more GP2 running.

Formula Scout believes VAR will replace the departing HWA Racelab in F2, and that Bolukbasi is in contention for a seat after impressing the Dutch outfit and befriending the new management that will run VAR’s FIA Formula 3 Championship operation.

“With the experience I had when I jumped in the car in Hungary, I’m setting laptimes but I don’t really know what’s going on. I’m trying to see what the car is doing but I have no idea about the limits of the car, what the car is capable of.

“Now that I know it a bit more, I improved the driving a lot. Euroformula got me a lot of experience, a lot of knowledge. I tried to be like a sponge this entire five rounds, trying to get as much information as I can.”