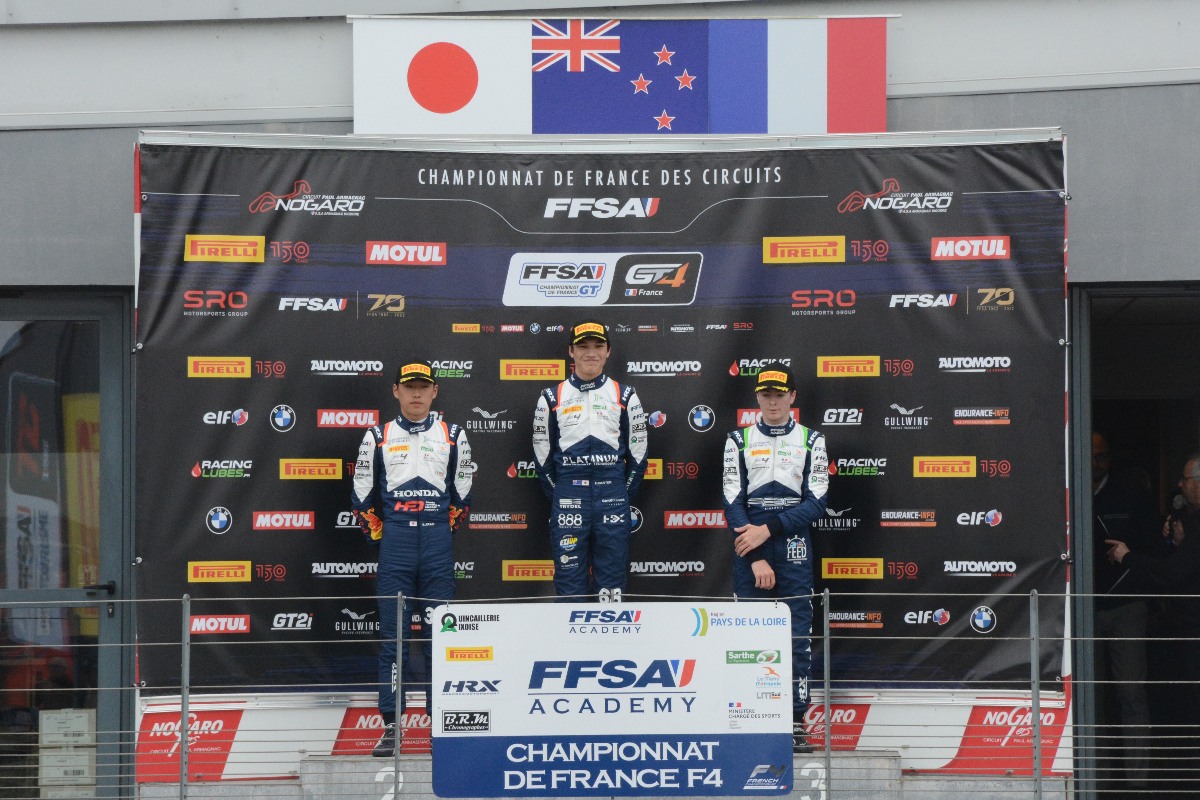 Hugh Barter got his sophomore French Formula 4 season off to a perfect start with a lights-to-flag victory in the opening race at Nogaro.

However, he had to hold off a strong challenge from Red Bull/Honda junior Souta Arao, making his series debut.

Barter made the perfect start from pole position to take the lead into the first corner from fellow front row starter Arao, with Elliott Vayron moving past Pierre-Alexandre Provost to take third.

Arao was one of two drivers, alongside Enzo Geraci, to opt to fit the two new tyres available to them for the first race and was quickly onto the tail of Barter as the pair pulled away from their pursuers.

Arao was able to carry more speed through the right-hander onto the kilometre-long back straight to mount a couple of attacks on Barter into the following hairpin. Barter was resolute in defence and the Japanese was unable to find a way past on the narrow track.

After six laps, the performance of Arao’s new tyres began to drop off, allowing Barter to pull out a comfortable lead which he held to the flag, coming home 1.9 seconds ahead of his rival.

Vayron headed the following group, although behind the top two the race ran without any meaningful battles for position. He was followed home by Provost and Geraci, who also used his new tyres to gain a position, passing Alessandro Giusti on the first lap.

Even the organisers’ mistake in flying the New Zealand flag in his honour on the podium could not dampen Barter’s elation at starting his French campaign with a win.