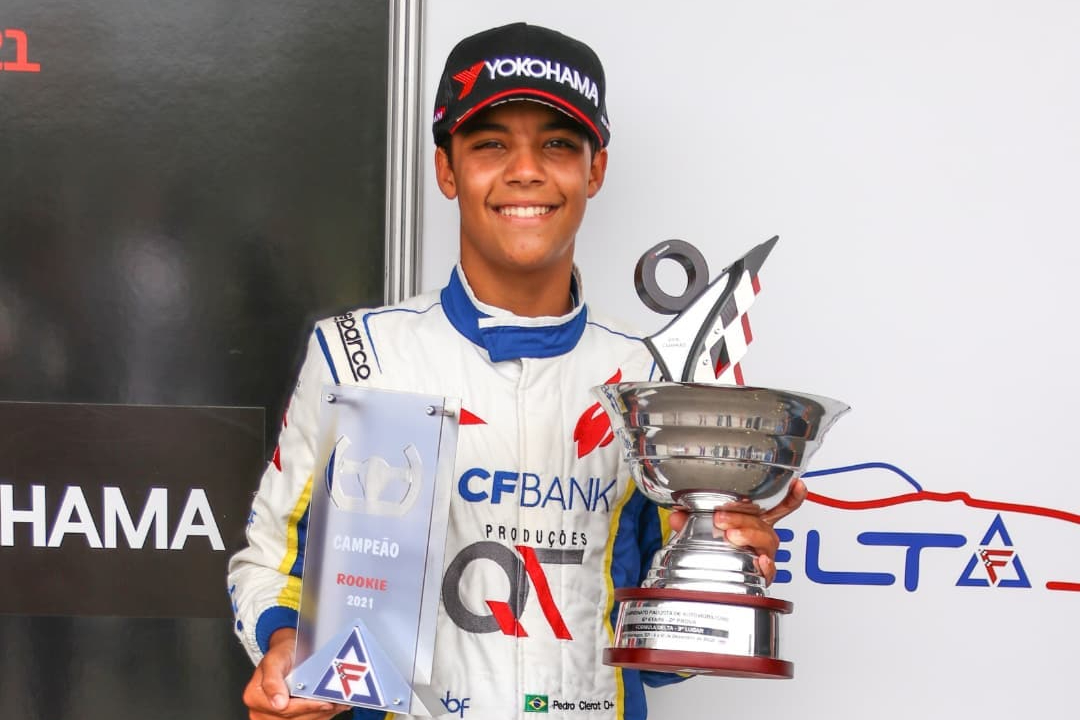 BWR Motorsports’ Alfio Spina started the test on top, setting a 1m54.631s to go half a second clear of US Racing’s Alex Dunne in session one. Dunne’s team-mate Marcus Amand and Clerot were the only other two drivers within a second.

Clerot – who came third in the higher downforce Formula Delta Brasil series last year aged 14 – had been on top with 15 minutes to go, but BVM Racing’s Kim Hwarang caused a red flag and after Spina jumped to the top at the end.

Dunne topped session two by 0.192s over Amand, with a 0.533s gap to team-mate Pedro Perino in third. The track was shared with two Dallara 320s, and several old Formula 3 cars joined in as the test went on.

Clerot was fastest in the first afternoon session, setting a 1m54.632s and going 0.543s clear of Spina. His AKM test team-mate Aurelia Nobels, who like Clerot is set to race in the new Brazilian F4 championship, caused late red flags.

Dunne was quickest in session four, 0.246s ahead of Amand. Clerot had early issues but it didn’t lead to red flags, whereas Cars Racing’s Andrea Frassineti did stop proceedings when he hit trouble with 22 minutes to go. At that point Spina topped the session, but following another red flag caused by a 320 driver there was a rapid lap from Dunne and more red flags as a young driver crashed an old F3 car on the pit straight.

Saturday was split into two longer sessions, and Clerot headed the morning running with a new benchmark 1m54.254s lap, going 0.06s faster than US Racing’s Nikhil Bohra. There was a late red flag caused by another F3 car, but it was otherwise a quiet session.

Spinda headed long-time pacesetter Dunne by 0.277s in the afternoon, although never bettered his own session one pace, with Clerot third. There was a late stoppaged caused by Van Amersfoort Racing’s Jules Castro. Only three drivers improved in the final session, one being Chris Rosenkranz who was in BWR’s second car after Rishad Jain piloted it in the morning.