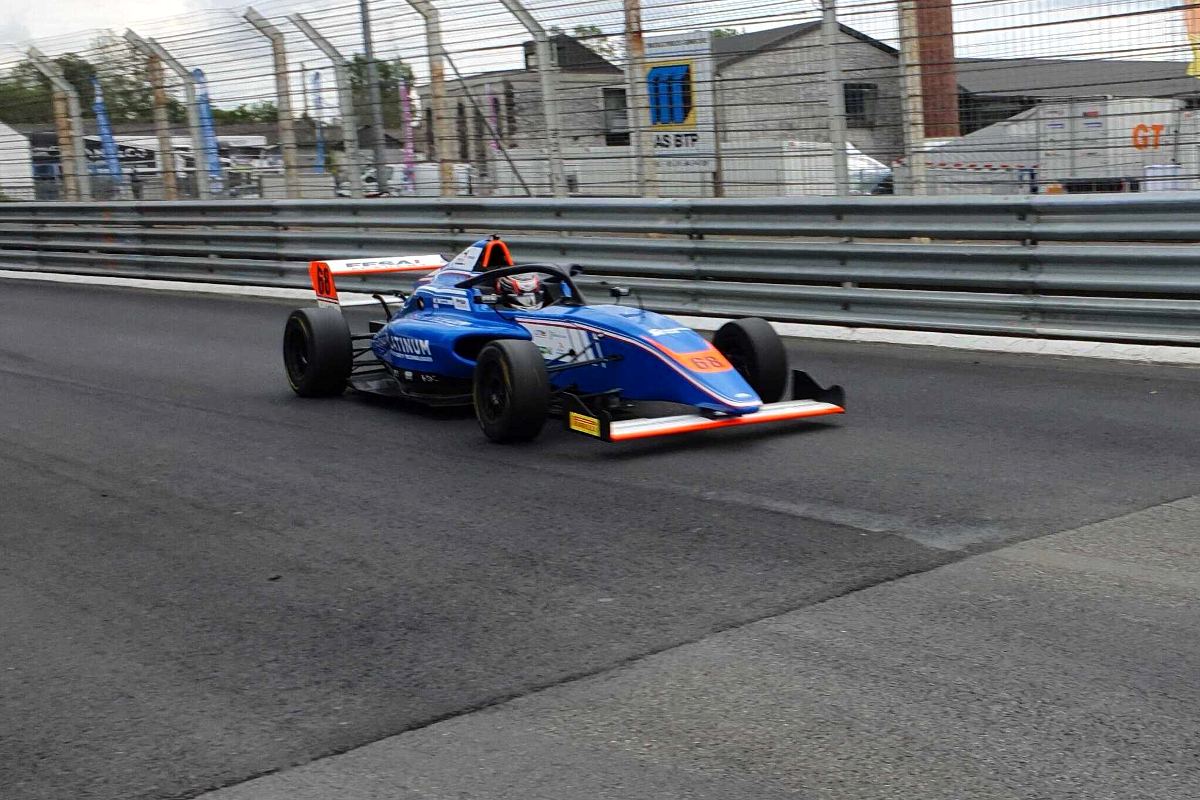 Hugh Barter made a stronger start than poleman Souta Arao to pull off a crucial pass for the lead and ultimately win the first French Formula 4 race in Pau.

Once Barter was ahead there was little opportunity for Arao to reclaim first place around the tight confines of the street circuit, although he had the pace to fight Barter for the win as they traded fastest lap through the race.

The largest Barter’s lead got was nine tenths of a second, and with a few laps to go it was less than three tenths as they crossed the line. By the end of the 17-lap encounter he had grown it back up to eight tenths, with Arao having stuck his nose in once and then decided better to bank the second place than risk a lunge on Barter for the lead.

The top two broke away from a similarly close battle for third which featured Enzo Peugeot, Yuto Nomura and Alessandro Giusti at first. Giusti initially dropped several seconds back but once he found his pace was able to close in on the two ahead, and he brought Elliott Vayron along with him.

On lap 11 of 17, Nomura was able to get alongside Peugeot going up the hill and then actually make a pass. While the move was impressive, going back down the hill he then took too much kerb at the Foch chicane and his car bounced across into the turn seven barriers.

That ended his race on the spot, while Giusti also got past Peugeot to move into third place. He had shown Barter-rivalling in his previous chase, and once in clean air again he rapidly closed in on the top two to finish seconds behind at the finish.

In addition to Nomura, there were several other drivers who found the barriers during the race.

Lorens Lecertua almost got spun from contact on lap two, with Louis Pelet almost doing the same with Romain Andriolo at turn one on lap five, then Edgar Pierre went firmly into the tyres on the outside of the corner a lap later when he dived down the inside of Pol Lopez.

Pierre-Alexandre Provost crashed there while running in eighth but was able to get his car moved onto the grass on the inside and then briefly rejoin the race, and at the end Pelet crashed out of 10th place and Andriolo had a skirmish with the turn seven barriers.