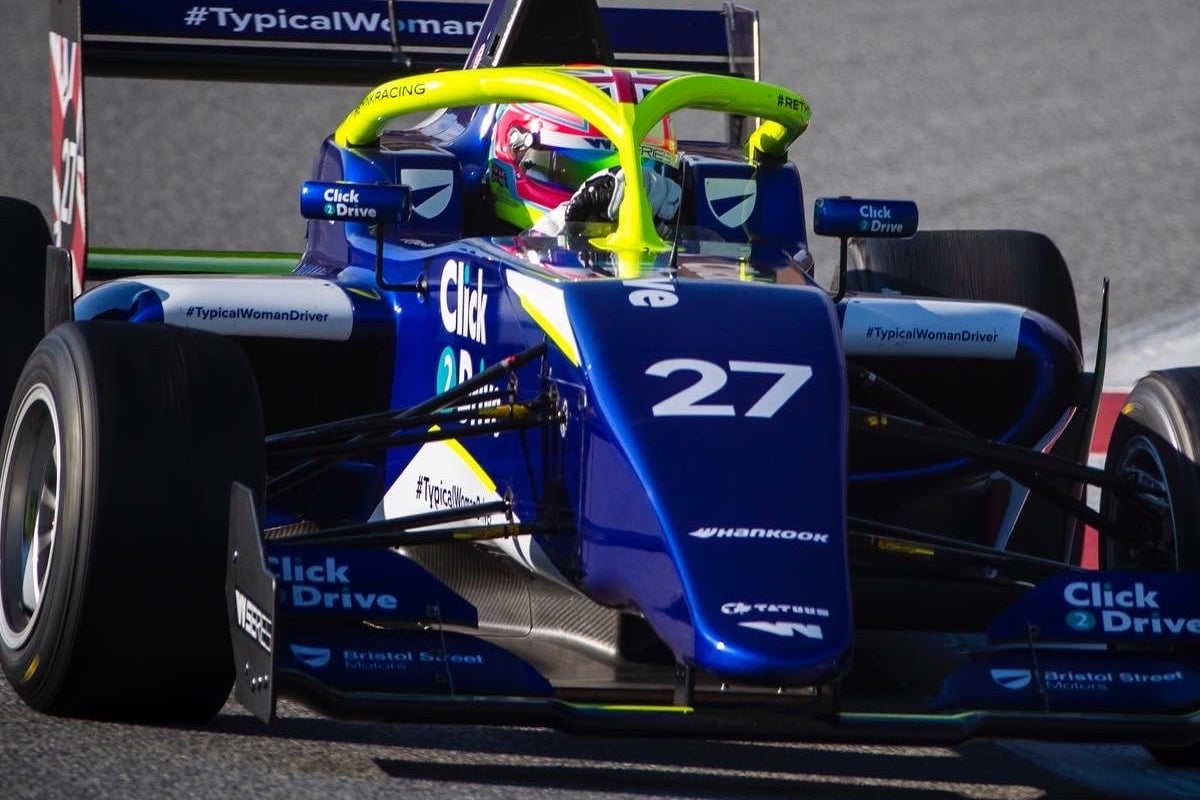 Alice Powell went fastest in the final minutes of the practice session for the first round of the 2022 W Series season at the Miami International Autodrome.

With three minutes remaining Fabienne Wohlwend went fastest by over half a second, followed quickly afterwards by Alice Powell setting the fastest time of the session with a 1m57.118s.

Wohlwend then improved her best time to go just 0.094 seconds off the fastest time.

Jamie Chadwick finished the practice session third fastest ahead of Marta Garcia and Emma Kimilainen, who had been fastest with a few minutes remaining and ultimately completed the top five.

The drivers began the session getting a feel for the newly built circuit with Jess Hawkins, Powell and reigning champion Chadwick setting the fastest times early on.

Following a red flag interruption after a spin for Bianca Bustamente and with 10 minutes to go, Kimilainen set the fastest time of the session so far with a time of 1m57.769s.

A number of drivers made use of the limited run off areas around the Miami circuit with numerous lock ups as they got used to the layout.

Juju Noda set the fastest time out of this year’s five rookies (who filled the bottom five positions), over three seconds off the pace, but ended the session in the wall at the exit of Turn 16, bringing the running to an early end under red flag.