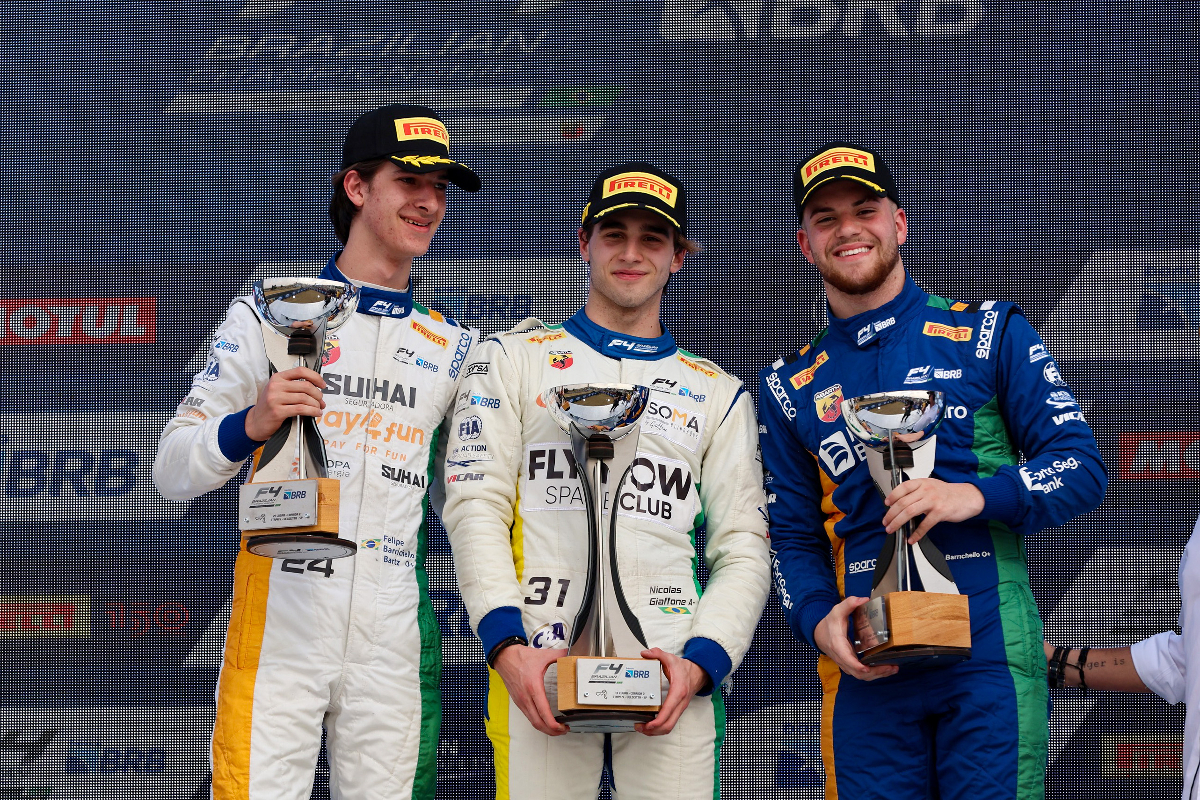 The Brazilian [pictured above, right] started his single-seater career last year in the inaugural season of his home country’s F4 championship, winning two reversed-grid races and coming seventh in the standings.

He drove for the Full Time Sports team which has father has raced for in Brazil’s premier Stock Car category throughout the last decade, and more recently has gained F4 mileage in Europe by joining Prema for two tests in Italy.

The Xcel-supported Yas Heat Academy team, which is based at the Yas Marina track that F4 UAE will be racing at, has expanded its line-up to three cars by adding local talent Hamda Al Qubaisi.

The 20-year-old has extensive F4 experience, having raced in the Italian championship from 2019 to 2021 (picking up one podium during that time) and two seasons in F4 UAE. In her maiden domestic campaign she won three races and claimed seven pole positions en route to fourth in the standings, and added another three wins in her second season.

For 2022 she then stepped up to Formula Regional, contesting both the Asian and European championships with Prema. Her best result across the two series was 12th place on debut at Yas Marina Circuit, and she is now stepping back down to F4.