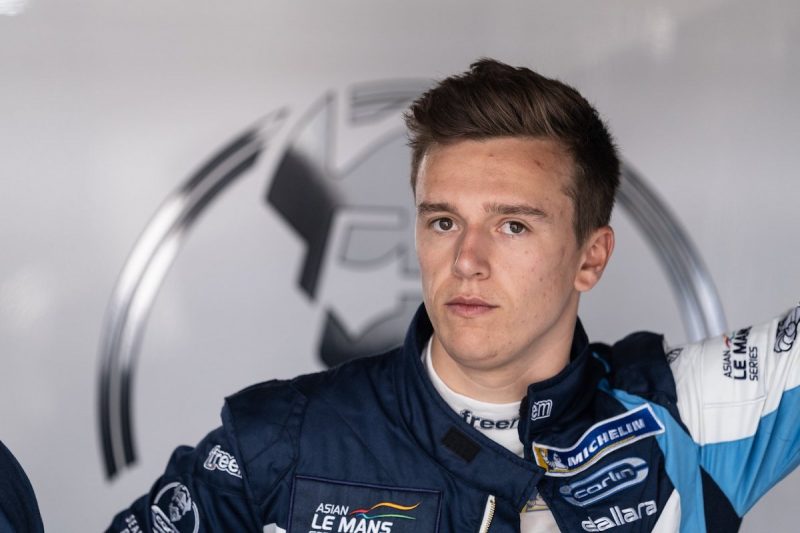 Ben Barnicoat will make an unexpected single-seater return in the FIA Formula 3 Championship at Silverstone this weekend with Carlin after Enaam Ahmed left the team.

Carlin said Ahmed and his sponsors had parted with the outfit prior to round four. Ahmed – the 2017 BRDC British F3 champion with Carlin – had experienced a difficult start to the FIA F3 season with a best finish of 14th from the first six races.

Barnicoat, 23, last raced a single-seater when he competed in European F3 with Hitech GP in 2016 as team-mate to George Russell, winning twice and finishing ninth in the standings.

Having been a rival to the likes of Max Verstappen and Charles Leclerc in karting, Barnicoat moved into single-seaters with the backing of the Racing Steps Foundation and ties to McLaren and won the Formula Renault Northern European Cup title as a rookie in 2014.

In 2017 he moved into GT racing as a factory McLaren driver, and has raced in the European and Asian Le Mans Series with Carlin’s LMP2 squad alongside Harry Tincknell and Jack Manchester.

Reigning British F3 champion Novalak has scored all of the team’s points so far this season, achieving its maiden series podium in the second race of the year at the Red Bull Ring and charging from 26th to ninth at the Hungaroring.

Marijn Kremers drops out of British F4 seat with Carlin