Marijn Kremers drops out of British F4 seat with Carlin 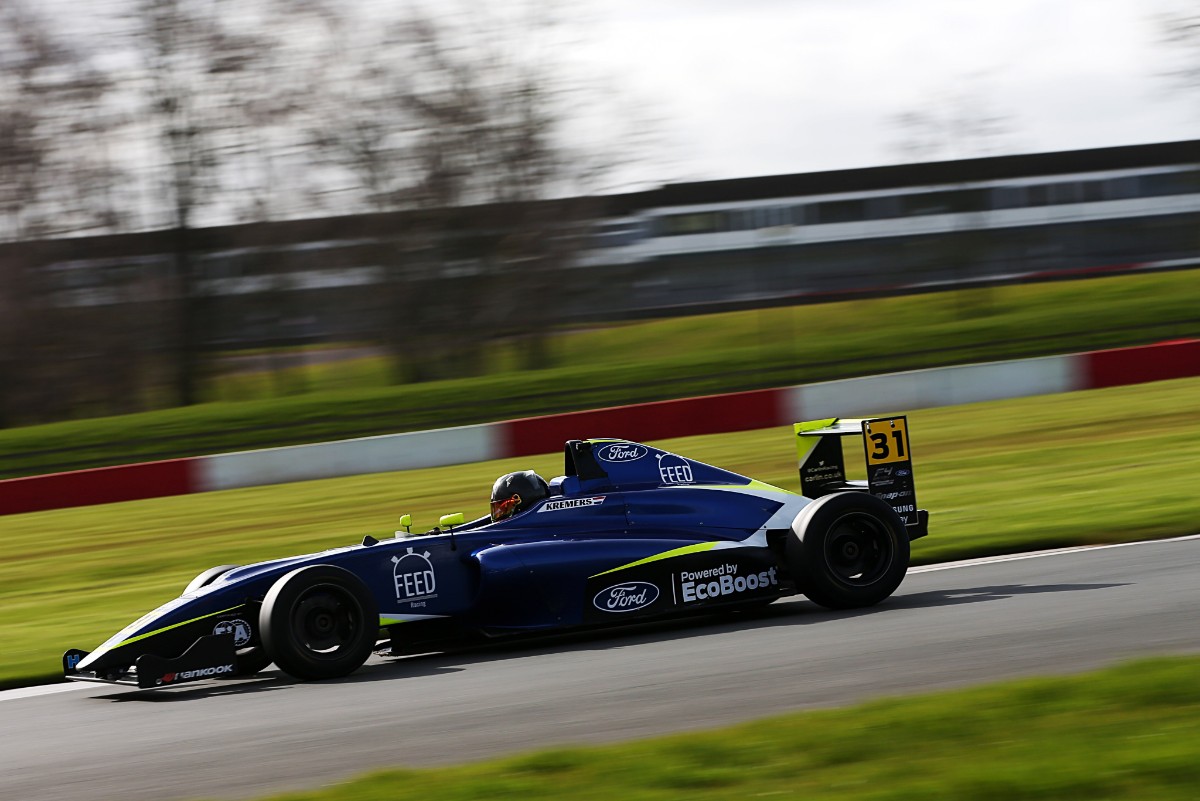 World karting champion Marijn Kremers will not race in British Formula 4 with Carlin this year as planned, having originally earned his seat in a shootout test.

The Jacques Villeneuve-linked FEED Racing France organisation ran a shootout at Magny-Cours last year using Mygale F4 cars to decide who would be the recipient of a paid-for drive with Carlin for the upcoming British F4 season.

Kremers, who is the 2019 CIK-FIA World Karting champion in the 125cc two-stroke KZ class, came out on top of the six finalists from a near-100 strong entry. The 22-year-old has been preparing for his single-seater debut until very recently.

“Carlin Motorsport and myself have split ways ahead of the start of the 2020 British F4 season,” said Kremers.

“Due to the ongoing pandemic and the delayed start of the season, my management Patrizicorse, FEED Racing and myself have come to the conclusion it’s in my best interest to withdraw from this season postpone my start in car racing to a later point.

“I want to thank everyone at Carlin for everything they have done for me and wish them the best this season! Especially my now former team-mates in F4, Zak O’Sullivan, Christian Mansell and Matias Zagazeta.

“My future plans will be announced shortly.”

Carlin also released a statement, which focused on FEED Racing’s involvement in the cancellation of Kremers’ programme.

“FEED Racing have decided not to fulfil their contractual obligations with the team for the 2020 British F4 season,” Carlin stated.

“We are disappointed at this decision and of course sad not to continue working with Marijn who had made a fantastic start to his season preparations and had earned his seat through the FEED Racing competition. We wish him all the best for the future.”

The challenges awaiting Juri Vips on his European F3 return