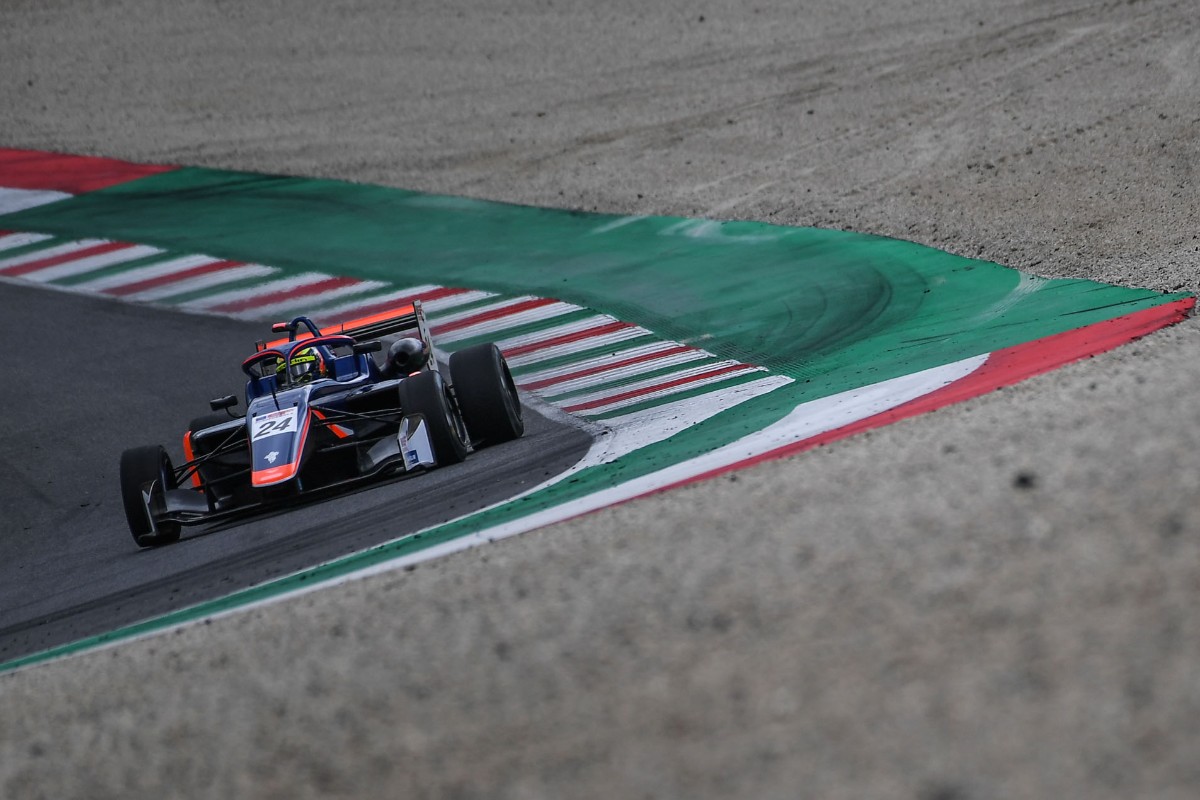 The 23-year-old single-seater returnee had to fend off several cars off the start, which took place on a damp track due to pre-race rain but with a grid of drivers all using slick tyres.

CryptoTower Racing Team’s season dominators Lukas Dunner and Yifei Ye were the fastest drivers besides poleman and race leader Barnicoat, and on lap four of 19 the CryptoTower drivers simultaneously made passes around the outside of the first corner to move up into second and fourth respectively.

By the end of that lap Dunner had reduced Barnicoat’s lead, primarily because of a major off-track moment for the Briton that took quick car control to recover from.

Ye passed Van Amersfoort Racing’s Andreas Estner for third at the start of the next lap, and closed in to make a three-car lead train.

It was Dunner who had the fastest car for the drying track, and it took some expert defending from Barnicoat – some of which left Dunner with little time to react – at various points of the lap to prevent the Austrian from coming through.

At halfway distance they were seperated by just 0.015 seconds, but Dunner still couldn’t get through as Barnicoat left him hanging on the outside of the first corner.

At this point rain started to fall on the track, prompting several of the drivers further down the order to gamble on pitting for wet tyres. It ended up being the wrong choice, with the slick tyres proving adequate but the cars that were set up for greasier conditions being the fastest.

Barnicoat started to pull away at this point, and didn’t come under attack from Dunner again until several of the drivers that had pitted started to appear in his way as lapped traffic.

After navigating the backmarkers, Barnicoat crossed the line to beat Dunner by 0.663 seconds and take his first Formula 3-level victory since winning in Pau four years ago in FIA European F3.

Ye dropped back significantly as the track got wetter, and then drier again, and beat Motopark’s Niklas Krutten to the final podium place.

Glenn van Berlo finished a lap down but got his pitstop timing better than the others to finish eighth, while Carlin’s Ido Cohen and Estner dropped to ninth and 10th.