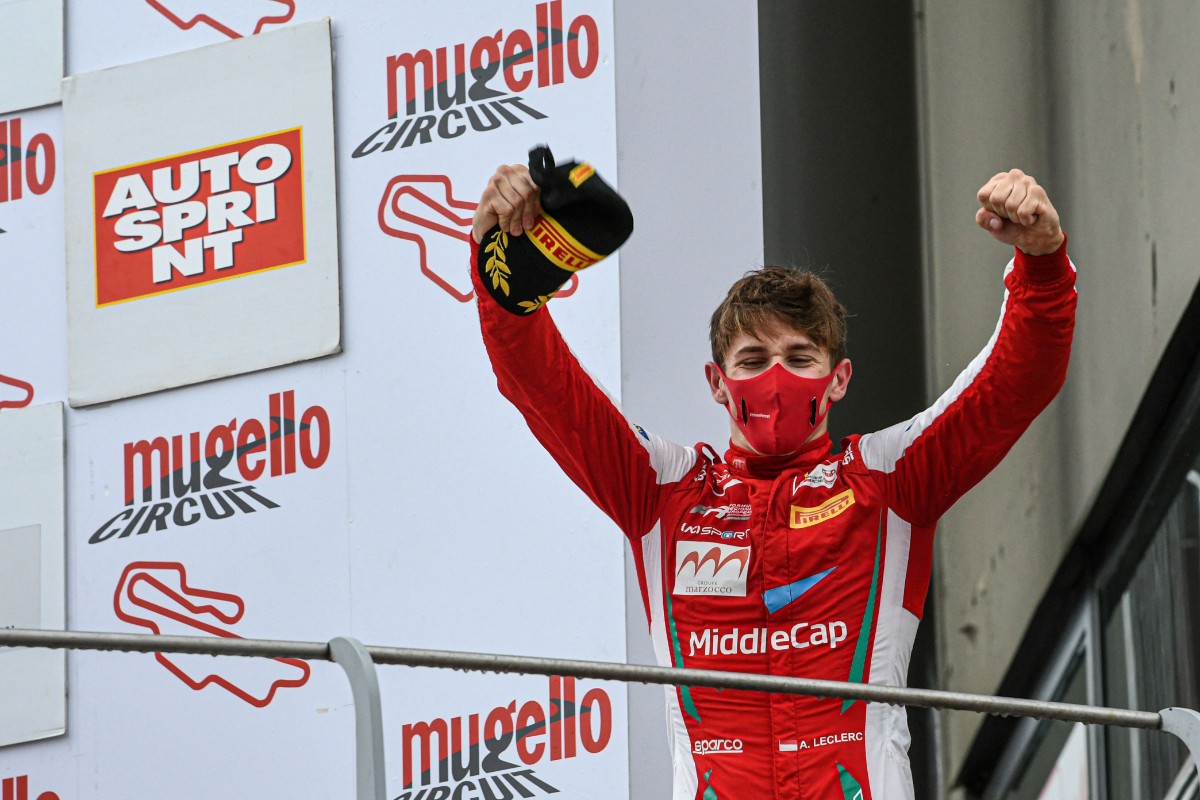 Ferrari junior Arthur Leclerc has described his most recent Formula Regional European Championship win in a race of mixed weather conditions at Mugello as the “best feeling of my career”.

The Prema driver started the race from pole, but by picking grooved tyres on a drying track he ended up losing places to drivers who had started on slick tyres and he dropped way down the order when he eventually pitted.

He had to pit again for grooved tyres when a storm hit the circuit, while the drivers who started on slicks only stopped once, but a safety car period closed a gap of almost two minutes he had lost to the front of the field.

The track was drying again when racing resumed, and Leclerc took less than two laps to pass team-mate Jamie Chadwick and then surprise frontrunner Gillian Henrion to move into second place.

After claiming the lead from Van Amersfoort Racing’s Pierre-Louis Chovet, who had a half-minute advantage prior to the safety car, Leclerc pulled away by an astonishing 15.157 seconds in the final two laps to win.

“I think we did the wrong strategy in the beginning to go on wet tyres, then after we had to box we made up a lot of time with the slicks, and it was just like – when I got the slick I was not expecting at all to be fast, I was like: okay, we are starting to manage in P4, maybe P4 is possible.

“But then after the rain came back, we boxed, and we were like – the pace was amazing, the car was amazing, and I [really] cannot believe that I finished P1. I mean it’s for sure the best feeling of my career. I have a little career so it’s easy, but yeah.”

The win puts Leclerc past team-mate and fellow Ferrari junior Gianluca Petecof to the top of the FREC standings by a single point.