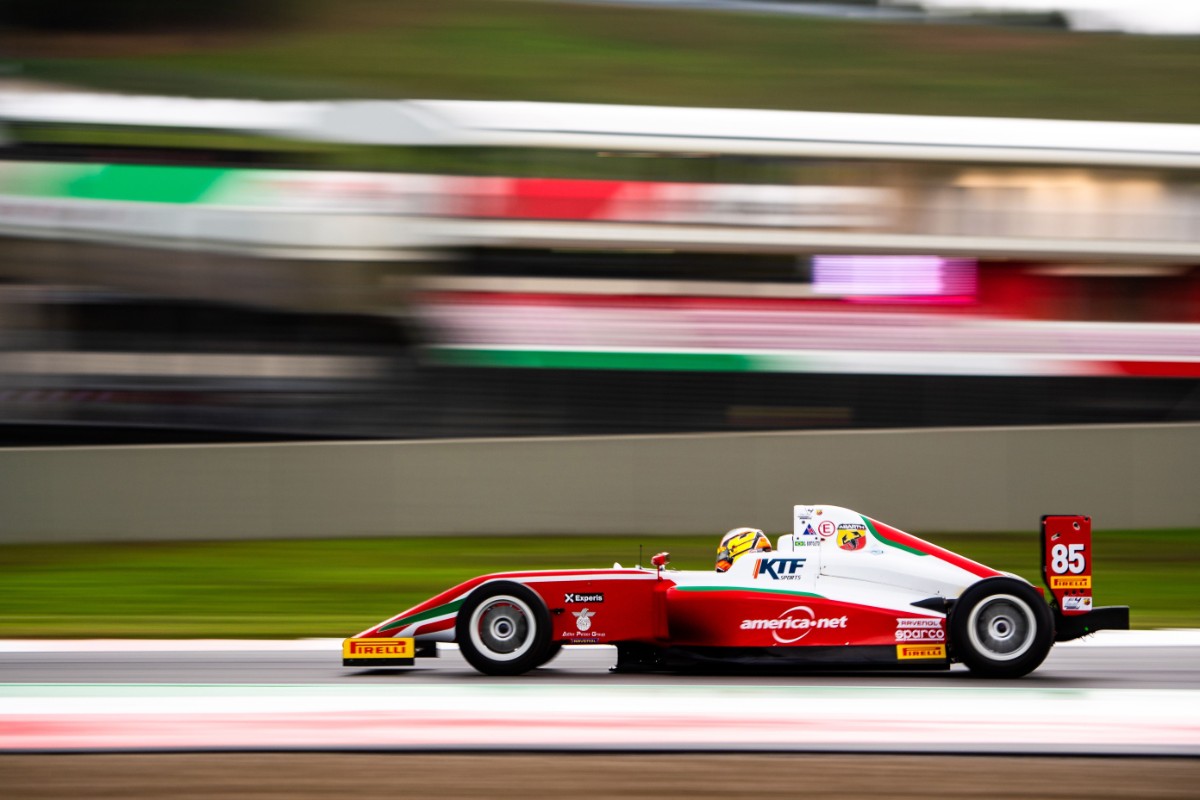 The Brazilian had to run behind the safety car before he could make the most of pole position due to a wet track, and when racing began he had team-mates Mini and Dino Beganovic all over him.

Mini passed him within a lap with a expertly timed late lunge, while Cram Motorsport’s Andrea Rosso closed onto the rear of Beganovic to make it a four-car lead group.

As soon as Beganovic became preoccupied with Rosso he slowly dropped away from the top two, and was passed by the weekend’s race one winner into the first corner on lap seven of 14.

Bortoleto reclaimed the lead from Mini a lap later when he slid wide at one of the hairpins, and they ended up pushing each other almost off track as they squabbled over the next lap.

This brought Rosso closer, and Mini was soon defending from him. Another wide moment meant Rosso got through on the penultimate lap, but a 10-second penalty for a driving infringement on the lap three ‘restart’ meant Rosso dropped to fourth, just a tenth behind the distant Beganovic.

Bortoleto crossed the line 1.383s ahead of Mini, who extends his points lead as main title rival Francesco Pizzi retired early on.

Simonazzi led that battle early on, but lost handfuls of time to the top four while doing so. Series returnee Santiago Ramos then made it into fifth, before spinning down the order.

G4 Racing’s Axel Gnos was involved but dropped back to the next train of cars in battle, and ended up finishing eighth ahead of Pietro Delli Guanti (BVM), Sebastian Montoya (Prema) and Jak Crawford (VAR), who lost several spots on the final lap.