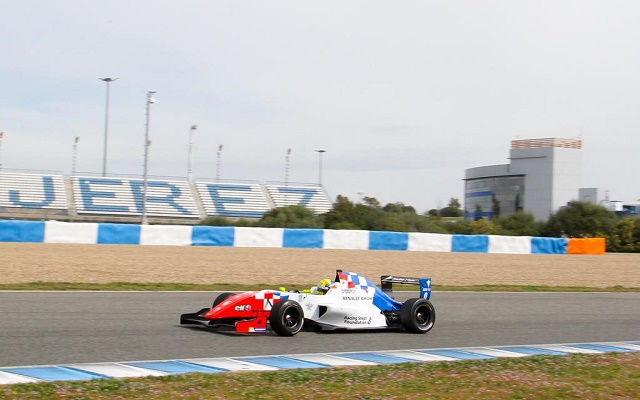 Reigning Formula Renault NEC champion Ben Barnicoat topped the timesheets in the afternoon session of day one of Eurocup’s pre-season test at Jerez.

Barnicoat was just 0.004s clear of Ukyo Sasahara, who had also finished runner-up in the morning run.

Both of them cleared Darius Oskoui in the final minutes of the session as the Swiss driver held on to third.

AVF’s Harrison Scott was half a second behind the leader in fifth, ahead of JD’s Mathias Kristensen and ARTA’s Amaury Richard.