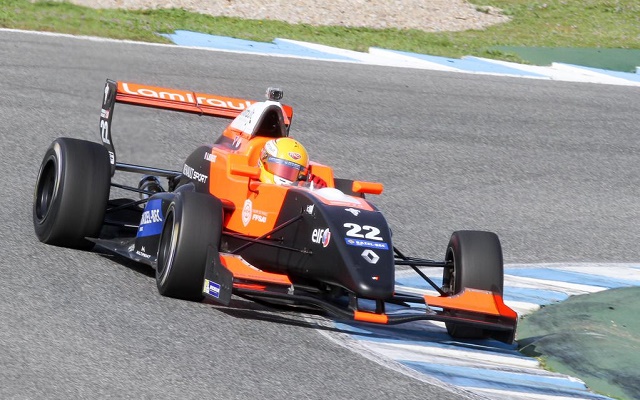 ART Junior Team’s first Eurocup signing Ukyo Sasahara was a tenth and a half down on Hubert in second, while NEC champion Ben Barnicoat settled for third place after holding an early lead.

Darius Oskoui and Amaury Richard were the final two drivers within a second of the lead, while Harrison Scott and Hugo de Sadeleer completed the top ten.