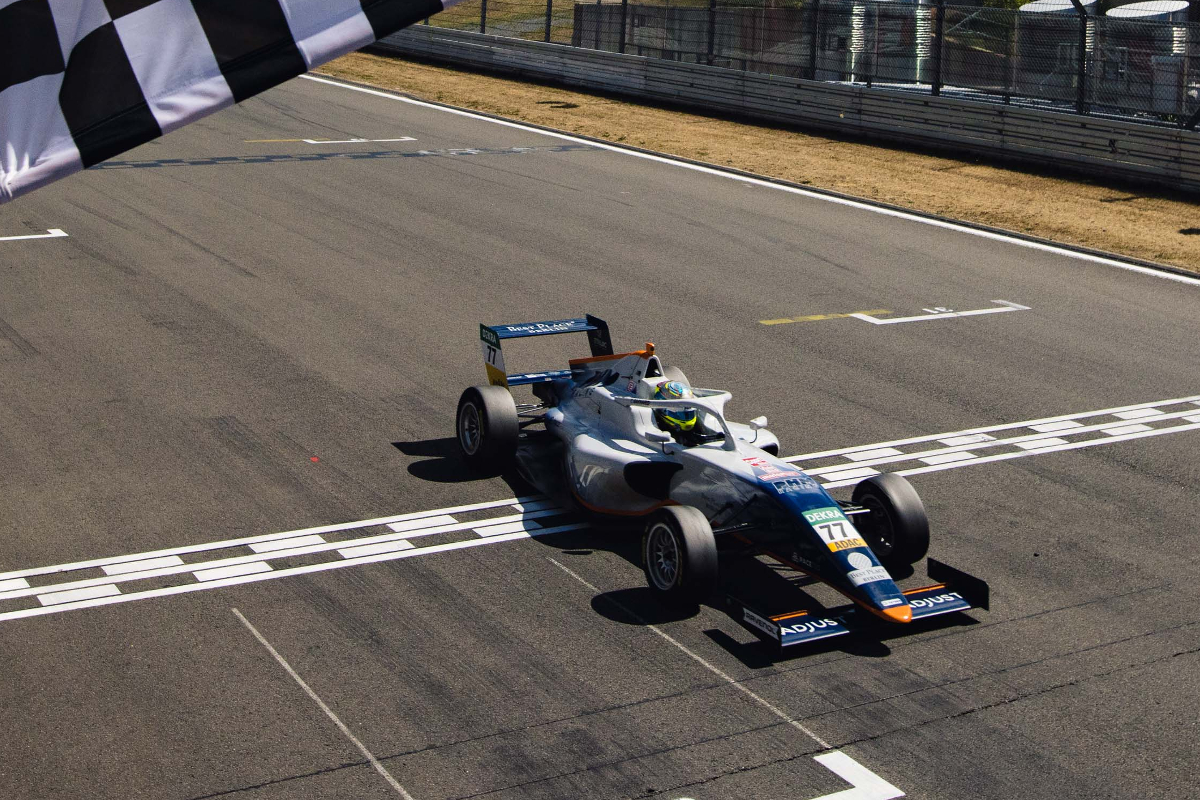 Barnard started from pole and edged away early on but his lead never quite reached a second, and after four laps Antonelli started taking small bites out of it until it stood at four tenths on lap 10. From that distance he was able to have a look at passing into turn one each lap, but could never quite get it done.

On lap 15 Antonelli made a dive down the inside and Barnard ran wide to give him room, such was Antonelli’s entry speed, and the pair ended up side-by-side exiting the corner.

Barnard stayed ahead, and on the next lap Antonelli almost pulled off a dummy move as he made Barnard defend the inside then swept to the outside. Somehow Barnard still led, and two laps later Barnard almost squeezed Antonelli into the pit wall in defence.

Antonelli chose the outside line when they reached turn one and couldn’t quite get alongside, and at the end of the lap a strong exit from the final corner enabled him to immediately go to Barnard’s inside only to almost be slammed into the pit wall. They avoided contact, but their battling meant PHM Racing’s Nikita Bedrin was now within a second of the lead.

Bedrin locked up at the opening corner on lap one to get into third, then led Prema trio Charlie Wurz, James Wharton and Conrad Laursen for much of the race.

Initially they were gapped by the top two, but once they started battling in the middle of the race it allowed Bedrin to close in and when Bedrin did get within a second he was almost immediately into second place as Antonelli slowed at turn two on lap 19 of 21.

It did not look intentional as Antonelli then tried snatching back second with some late braking attempts later around the lap including at the final chicane which Bedrin cut.

The gaps had opened up between the top three going into the final two laps as a result, but Antonelli quickly roped Bedrin back in and he actually got ahead at turn two on the final lap but was on the outside of Bedrin so fell back to third.

His final attempt to reclaim second came on the run to the chicane, but Bedrin then braked later on the inside and got back ahead only for his dive to prompt Antonelli to cut across the chicane and then for Bedrin to do the same.

Barnard crossed the line almost a second clear to win, ahead of Antonelli, Bedrin and Wurz.