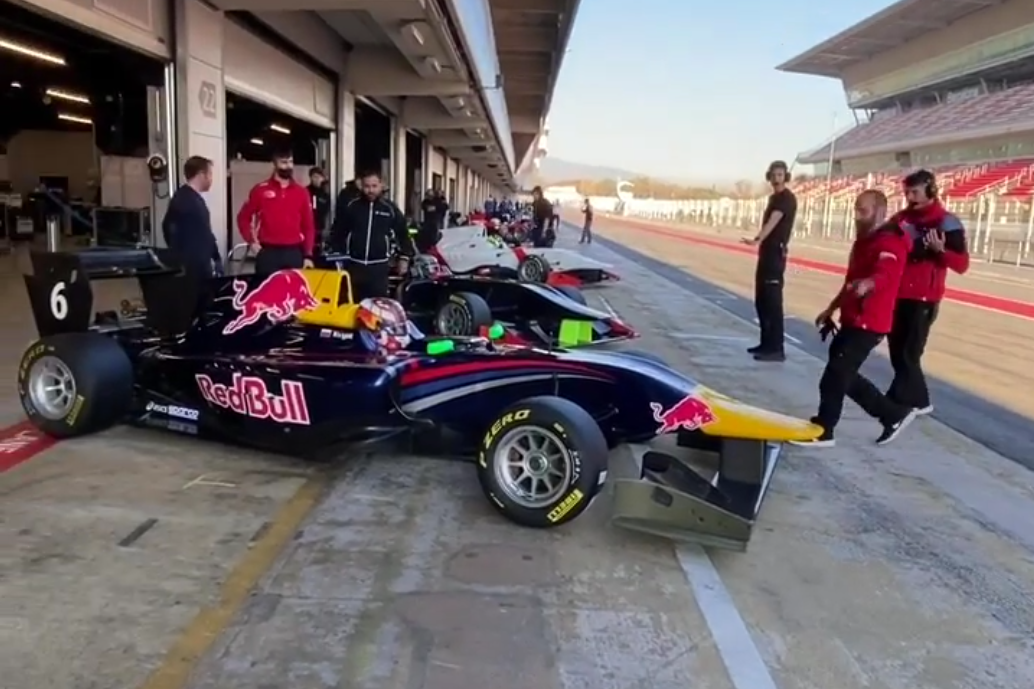 Teams from the FIA Formula 3 Championship, Euroformula, Formula Regional European Championship and Formula 4 tested at Barcelona at the start of this week.

The entry list for the two-day test gave some pretty big clues as to the 2022 line-ups of several teams, several of which Formula Scout understands are already all but confirmed.

There were two groups of cars for the test, with the old GP3 cars being run by F3 teams being partnered with Euroformula runners while FREC teams were sharing the track with Formula 4 cars.

On Monday there were five sessions for each, but fog cut out the morning running on Tuesday and limited that day to three sessions each.

Red Bull junior Jak Crawford kicked off day one on top for Prema, where he is believed to be moving to in F3 in 2022, while Carlin joined for session two and its GB3 champion Zak O’Sullivan set the pace. Crawford was back ahead in session three, while Jenzer Motorsport ran Kaylen Frederick to the top spot in the final two Monday sessions.

Brad Benavides, being coached by Facu Regalia, was fastest in Tuesday’s first session to run, and it was Frederick on top again thereon.

Hadrien David was in the third of Prema’s GP3 cars, although he is expected to remain in FREC and is in talks to become a Formula 1 junior.

There were several different drivers topping the Euroformula classifications in the test, with Motopark running six cars on day two when Matthias Luethen joined.

Paul Aron headed the way in the first FREC session, and is expected to sign with Prema for a third year in FRegional.

It was Van Amersfoort Racing duo Joshua Dufek and Kas Haverkort who were the combination to beat though, although Maceo Capietto did top a session.

SMP Racing organised for Kirill Smal and Irina Sidorkova to test with KIC Motorsport, and VAR’s old F4 chassis were also in action.