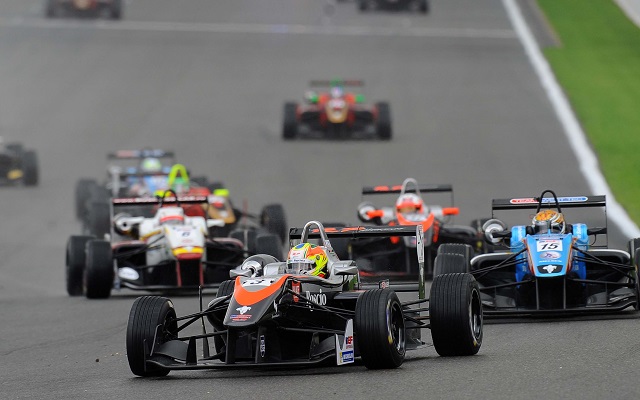 Vitor Baptista doubled up in the second Euroformula Open race at Spa-Francorchamps to claim the championship lead from Konstantin Tereshchenko.

The start of the race featured sublime getaways in wet conditions from pole-sitter Baptista and Igor Walilko, fourth on the grid, to take the leading positions.

Baptista was soon gone with superior pace and stretched his advantage to 11 seconds by the end of the race.

Although Walilko could resist the initial charges of Tereshchenko, the Russian found his way past eventually at the Kemmel straight on lap six.

Despite being shadowed by Tanart Sathienthirakul, Walilko ended the race in third to celebrate his maiden podium finish in the category.

The field’s other Polish driver Antoni Ptak secured a career-best fifth place as well following a move on Yarin Stern.

William Barbosa benefited from a great start to run eighth from 12th after the opening lap and gained another position due?the retirement of Leonardo Pulcini, whose race ended in the pits with a technical problem.

Barbosa?was followed by Thai debutant Kusiri Kantadhee – who not only scored his first points but also recorded the fastest lap of the race – Mexican Diego Menchaca and Indian Parth Ghorpade.

With two more rounds to go, Baptista leads the championship four points ahead of Tereshchenko, while third-placed?Yu Kanamaru, 81 points behind, is the final driver to stand with a mathematical chance.