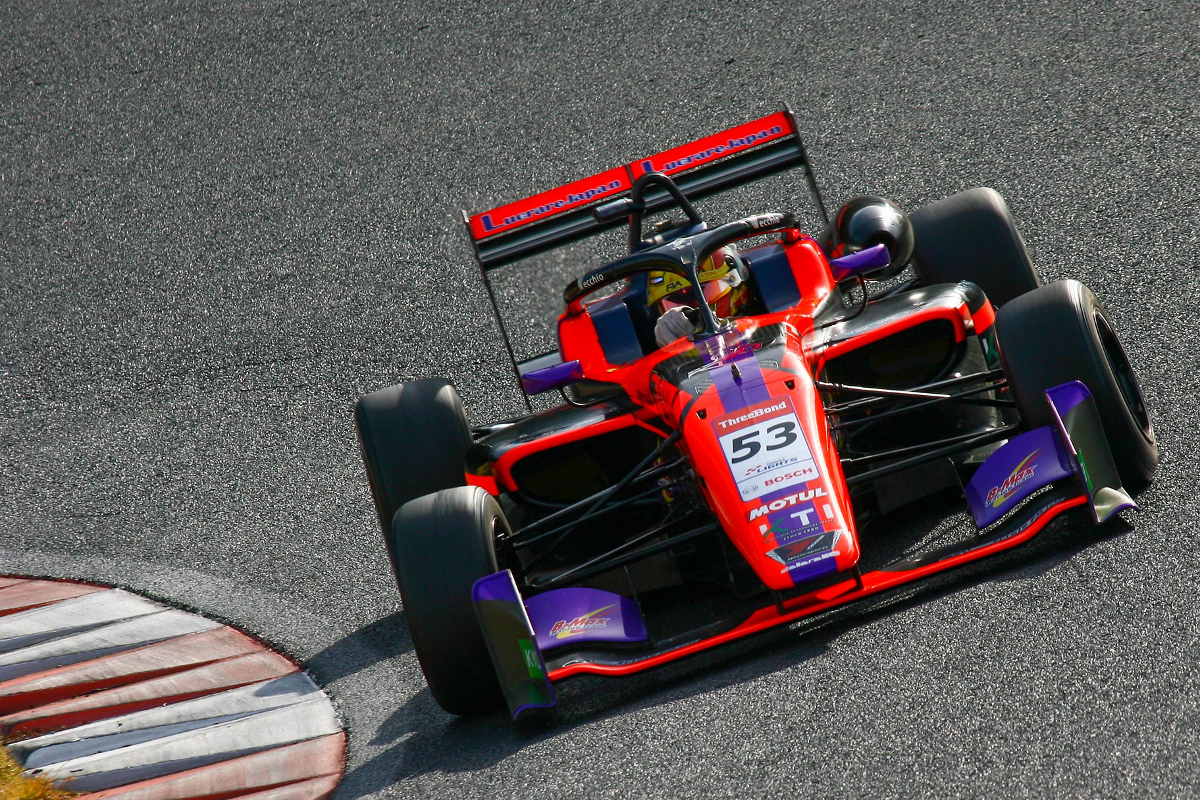 B-Max Racing ran a test with its Super Formula Lights cars at Okayama this week for several junior single-seater stars from abroad.

The Japan-based SF Lights championship, which uses the same Dallara 320 car as Euroformula and is also alongside the FIA Formula 3 Championship at the tertiary level of single-seaters, has struggled to attract international talent in recent years.

The COVID-19 pandemic and resulting travel restrictions severely hampered the ease with which drivers could come to Japan, and only two overseas-based drivers have competed in the past three seasons.

They were joined by 2020 Toyota Racing Series champion Igor Fraga, who B-MAX plans to run in SF Lights next year and has recently been selected to be SF’s official Esports ambassador, GB3 race-winner Bryce Aron and Honda’s Japanese Formula 4 champion Syun Koide. Toda Racing also turned up with a car for Kakunoshin Ohta.

It was Koide who was fastest on the first morning of testing by 0.248 seconds over Ohta, then Vidales and Fraga were a further two tenths of a second behind. Zendeli was unable to set representative laptimes due an issue with his car, and it meant he also missed the afternoon running where the pace improved and Fraga got within 0.197s of Koide.

Vidales was slightly slower than he was in the morning, while Aron improved his pace.

Ohta was comfortably fastest on the second morning of running, with track conditions significantly improved over the fog and damp that had met drivers the day before. He was 0.496s faster than Koide, with Vidales just 0.001s further back. A further tenth of a second back, Fraga, Zendeli and Aron were covered by 0.027s.

Due to the mechanical issues that struck Zendeli’s car on Monday, a Tuesday afternoon session was organised so he could gain additional mileage. He ended up setting the pace, a 1m21.065s lap putting him 0.178s clear of Koide and 0.238s ahead of Vidales.

Ohta was the only other driver in the session and was a second off the pace, but his morning benchmark put him second overall in the test behind Zendeli.