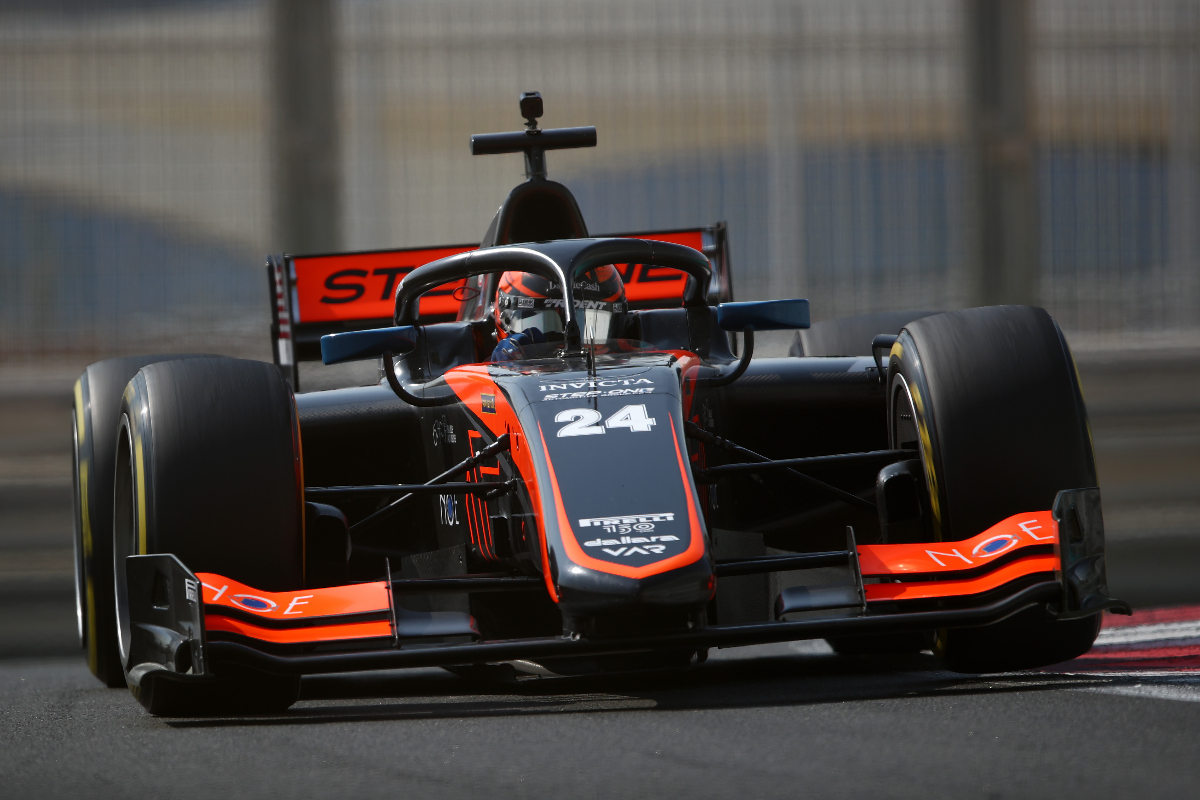 After 20 minutes Boschung was demoted to third by Hitech GP’s Isack Hadjar, while Hauger was shuffled down to fifth by his test team-mate Jehan Daruvala.

Maini lowered the pace but by the half-hour mark had been knocked from first place by Hauger, who set a 1m37.309s.

ART Grand Prix’s Victor Martins and DAMS’ Ayumu Iwasa were the only two drivers yet to set representative laptimes when the first red flag of the session occurred after 51 minutes when Trident’s Roman Stanek came to a halt on track.

Daruvala moved into second place once test action resumed, with multiple drivers being given reminders by race control due to conducting practice starts in the wrong place.

Prema duo Ollie Bearman and Frederik Vesti had risen into the top five prior to the red flag stoppage, and Vesti then moved ahead of his team-mate after that to go third fastest.

He had no answer to Hauger though, who brought the pace down into the 1m36s as the track temperature dropped.

Bearman improved to go second fastest, over half a second off Hauger’s pace, then he was bettered by Vesti as the session moved into its final hour.

There was then another red flag period with 47 minutes to go, as Hitech’s Jak Crawford spun off at turn two. The impact damaged the barriers and they required repairs before testing could resume once more.

The drivers were left with half an hour of running once the track went green again, and with even lower temperatures the pace improved even more.

Stanek became the second driver to lap sub-1m37s, then ART GP’s Theo Pourchaire and Iwasa joined him at that pace.

Hauger was eventually knocked off top spot by Verschoor in the final 10 minutes. He set a 1m36.395s, putting him just three thousandths of a second ahead of Vesti after he and Bearman found more pace and demoted Hauger to fourth.

Verschoor will switch from VAR’s #24 car to the #25 for the second day of testing, as Juan Manuel Correa replaces Rafael Villagomez in the team’s test line-up.