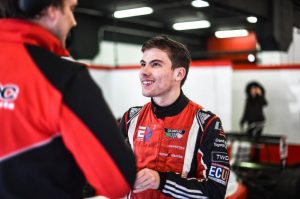 The 17-year-old has already tested heavily with the team, and drove for the Daventry-based squad in the EF Open Winter Series at Paul Ricard earlier this month, finishing seventh and ninth in the two races.

He made his single-seater debut in 2015 in a state Formula Ford championship in his home country, as many drivers do in Australia, and finished second in the 2016 Western Australia standings.

Last year he stepped up to F3, winning 11 races out of 17 in a Dallara F311, the previous generation of F3 machinery.

?I am extremely excited to be racing with Fortec in the Euroformula Open championship,” said Williams.

“At this stage we have locked in the early rounds, however with the sponsorship we have and other backing we continue to build, the focus is on competing in all events.

“The Euroformula Open Winter Series events at Barcelona, Paul Ricard and Jerez have been an incredible step up, and I have been really pleased with the gains I have made with the guidance of engineering legend Mick Kouros, my race engineer Tom Toovey, and the whole team.?

“After having a successful Winter Series with Calan, who showed good performances on circuits that he?d never been to, the team is excited with the potential that Calan is showing. And that will only improve as we begin the main championship.?

Williams joins second-year EF Open driver Petru Florescu and American rookie Yves Baltas, who only has six races of single-seater experience, at the team, which is yet to win a race since entering the championship in 2016.