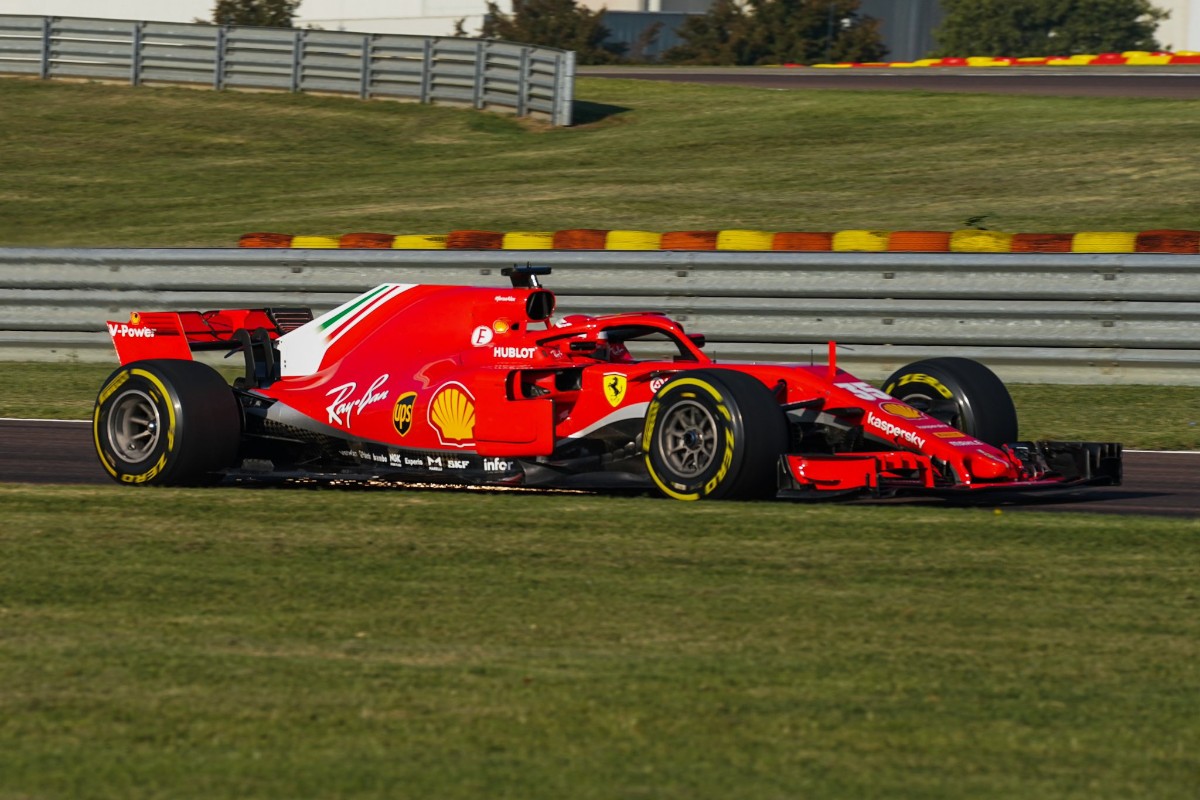 Ferrari will be handing its title-contending F2 drivers a F1 free practice appearance each later this year, and rumours swirl over which of them will be racing in F1 in 2021. We assess each driver’s chances

At the upcoming Eifel Grand Prix at the Nurburgring, Ferrari engine customers Alfa Romeo Racing and Haas will be fielding Mick Schumacher and Callum Ilott respectively for Friday’s opening free practice session, while Robert Shwartzman will also get an FP1 outing in Formula 1’s season-ending Abu Dhabi GP. These aren’t just rewards for impressive Formula 2 seasons from all three: this appears to be a genuine assessment of who could make the step up to F1 for 2021.

Out of the seats that remain up for grabs on next year’s F1 grid, it is the Ferrari-powered ones that are the most interesting. Alfa’s situation is somewhat complex, as one seat is chosen by Sauber and the other by Ferrari. Haas has two drivers currently out of contract and have had a tendency to clash with each other in recent seasons – to the delight of Netflix producers.

There are a number of external factors at play as well – namely the current incumbents and one driver lurking on the sidelines. Kimi Raikkonen is the joint-most experienced man in F1 history, and it is believed that its his choice whether he remains at the Sauber-run Alfa Romeo. Team-mate Antonio Giovinazzi has hardly set the world alight in his year-and-a-half in F1, and his Ferrari-reserved seat is arguably most at risk.

Also available after he was squeezed out of Aston Martin to make way for Sebastian Vettel is Sergio Perez, as well as the driver who replaced him for two races this season, Nico Hulkenberg. Both are also very much on the table and will be attractive propositions for these midfield teams – with both having performed absolutely giant-killing drives in the past.

Formula Scout’s writers have their say on the merits of each of Ferrari’s top three drivers in F2 – and also given them a rating out of 10 for their respective chances at securing a seat on the 2021 F1 grid.

Marcus Armstrong, the fourth-best of Ferrari’s juniors in F2, has struggled in 2020 and is at this point an outsider for a 2021 F1 seat. A strong pair rounds in Austria have not been used as a springboard for strong results further in the season with just four additional points from 16 races as team-mate (and fellow rookie) Lundgaard has challenged for the title. He has been totally luckless at times, and he’s 14th in the standings with only a quarter of the points Lundgaard has. 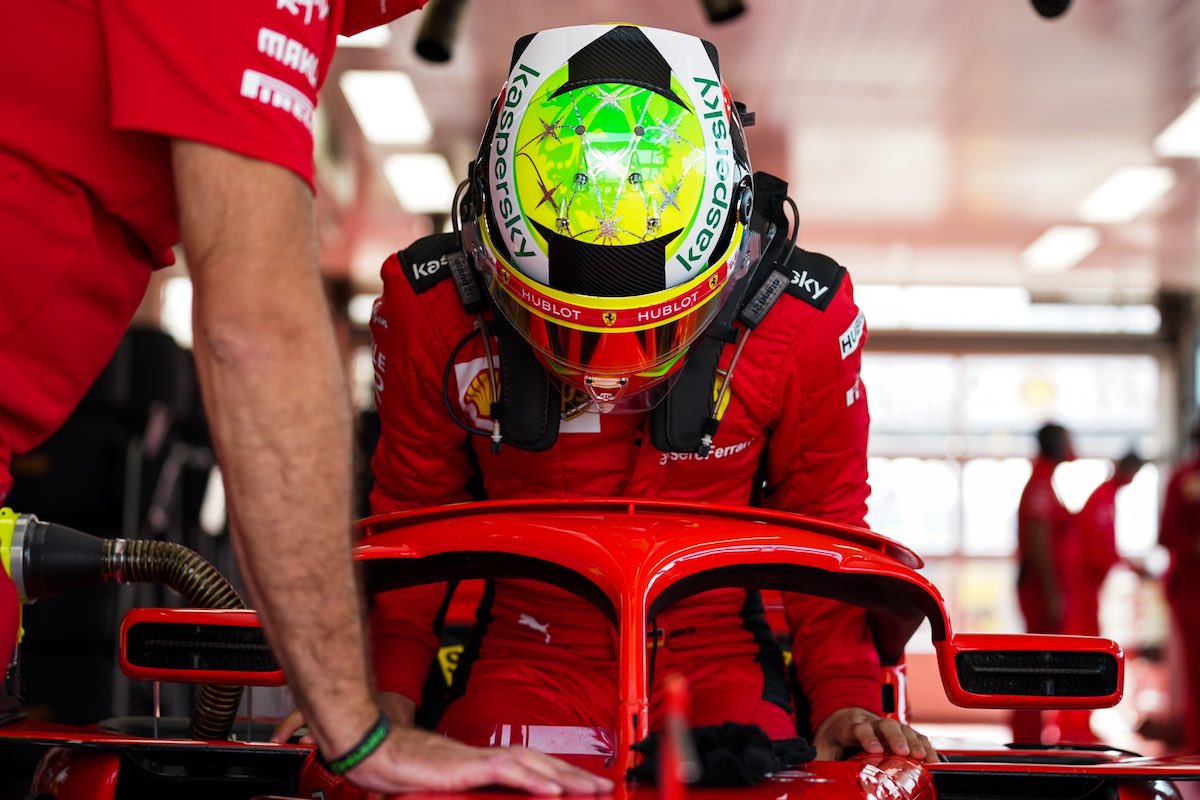 Craig Woollard: The allure of the Schumacher name is one thing in itself, but Mick is doing his chances of graduating on merit alone zero harm with a consistently strong second season in F2. His feature race win at Monza was fortuitous, yes, but his charge to his second of the season at Sochi was stellar. He may not be the best in qualifying, and that does look like a weakness of his Prema team this year, and his tally of 10 podiums in 2020 is four more than anybody else.

He went into a lot of detail about the effort made during the winter and lockdown that has helped elevate himself into his current title-leading position, which shouldn’t be overlooked at all. If there is a particular weak point, he’s had a few too many prangs in qualifying and in the races – but the same can be said of every one of the frontrunners.

Schumacher doesn’t always get going particularly quickly in a new category, so don’t expect an eye-opening rookie season should he be in F1 next year, but on his performances alone even his harshest of critics will start to struggle to find reasons to not have him on the grid in 2021, and they certainly will if he becomes champion in what is a super-competitive F2 field. The Ferrari-owned Alfa seat alongside Raikkonen, or possibly a returning Hulkenberg, seems the most logical option at this time.

Peter Allen: There has long been an inevitability about Schumacher making it to F1 whether he truly deserves it or not. But right now it would be hard to argue that he doesn’t indeed deserve it. There are still question marks over his ultimate speed (he’s yet to qualify on the front row in F2) but the way he’s maximising his opportunities at the moment deserves credit. And unlike in FIA European Formula 3, his late-season upturn in form hasn’t really come from a sudden (or suspicious) leap in pace, rather more from a vast improvement in consistency. In a series as random as F2 has been at times in 2020, it’s no mean feat.

To some degree, he can probably rest easy at this point in the knowledge that a top-three finish in F2 would all but guarantee his place in F1 – a luxury his main rival certainly doesn’t have. Even a collapse over the Bahrain double-header that denies him the title seems unlikely to change his destiny now.

While on paper Schumacher could end up either at Alfa Romeo or Haas in 2021, only the former really makes sense. Hinwil has a superb track record of nurturing young talent (as does team boss Frederic Vasseur) and shares strong loyalty with Ferrari. At Haas, he would be too vulnerable to any possible change in the relationship with Maranello. Alfa will provide him with an experienced team-mate to learn from too, although Hulkenberg would surely be a more reliable (and tougher) barometer of his potential than Raikkonen. 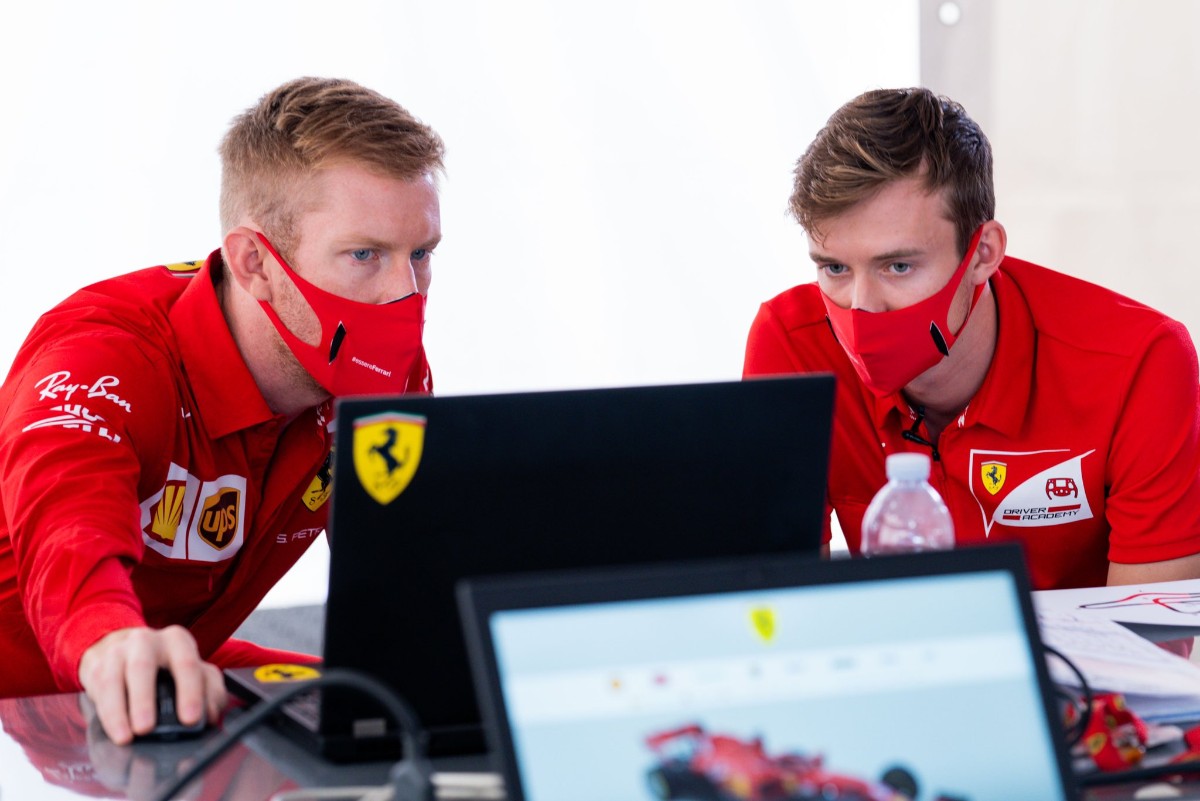 Craig Woollard: Self-proclaimed title favourite after five rounds, Ilott has started to slip away slightly in the title hunt. He said he was “useless” at Spa and stalling at Monza from a likely win (that went to Schumacher) has swung the pendulum massively. A broken front wing at Mugello cost many more points, adding to those Ilott lost earlier in the year through stalling or spinning.

The speed has certainly been there, and his recovery from last to sixth in that Monza feature race in just a handful of laps vindicates that, but the results have not always been. Ilott could well rue even just one of those mistakes at the conclusion of the season, although he may earn himself a promotion anyway.

Haas just feels right for a driver and person like Ilott. He says it how it is and is capable of absolutely dazzling performances – especially in qualifying. He may not necessarily be an immediate upgrade on either Grosjean or Magnussen but is considerably younger and has heaps of potential stored within a rough diamond. He may not have a name like Schumacher, or the backing of Shwartzman, but that may not deter an outfit like Haas with his Ferrari support – especially if he is partnered with the well-backed Perez.

Peter Allen: Ilott has done magnificently in 2020 to thrust himself into serious contention for F1 after a shaky few years in which he struggled to make good on his potential. But he’s done exactly that this year with his outright speed, particularly in qualifying, and he’s paired that with an increasingly mature approach to his racing. Yes, there has still been a little bit of inconsistency along the way, and that might cost him the title to Schumacher in the end, but for the most part it’s been difficult to fault his driving.

Given his undoubted speed, it would be a bit of a tragedy to see Ilott left on the sidelines while Schumacher gets his promotion – because of the two, it is Ilott who arguably has the tools in his locker to actually make an impact on F1. His peaks of speed are exactly what Schumacher is missing, and what could really make a difference to a team like Alfa or Haas.

The easy-going Ilott would fit seamlessly into either team, but he could be the perfect fit for Haas. Not because of any similarities to the incumbents – although Gunther Steiner is at least used to a driver who’s a little rough around the edges. It’s more that unlike Schumacher or the SMP-backed Shwartzman, Ilott will come relatively free of politics, allowing team and driver to just get on with the job at hand, potentially for many years to come. But Ferrari might still need to offer Haas a very good deal to convince them to take him over drivers with personal backing – Magnussen included. 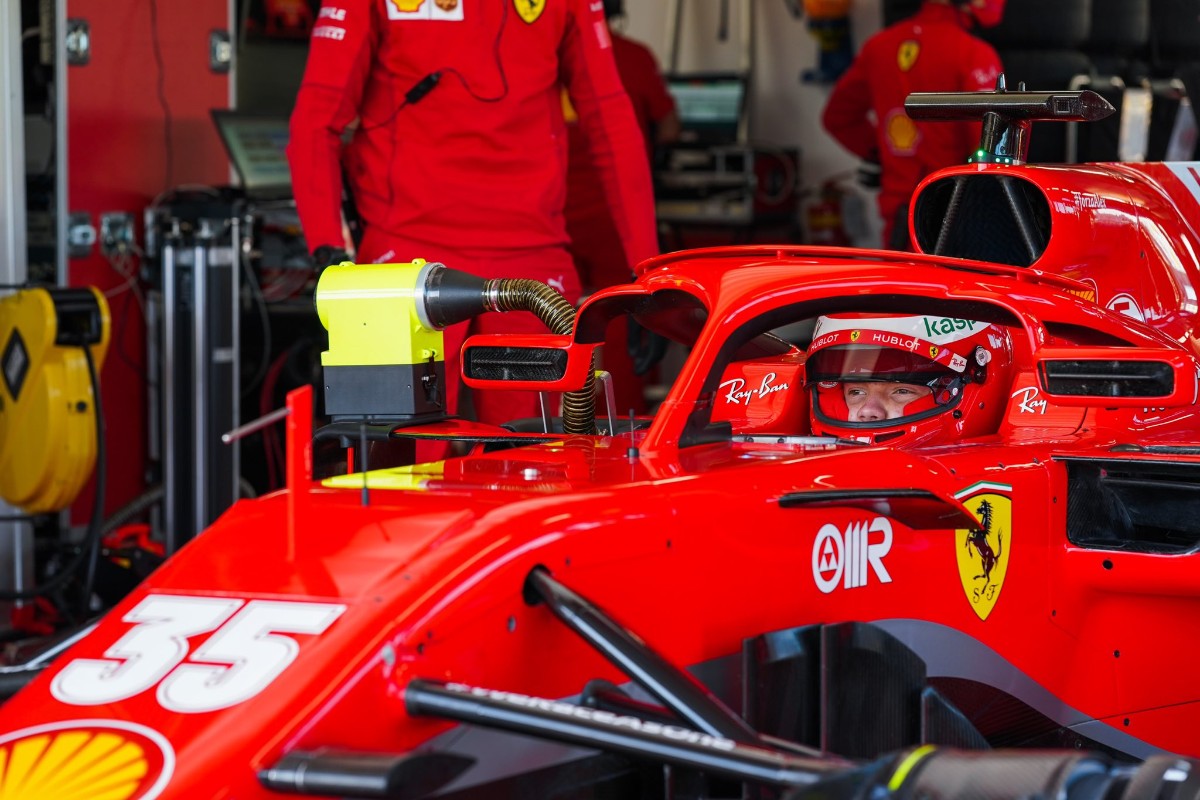 Craig Woollard: Reigning FIA F3 champion Shwartzman’s early-season form was brilliant – even if his brace of feature wins were somewhat fortuitous. That shouldn’t downplay his drives in those races – he was superb in the rain at the Styrian round, and his race management in Hungary to take a dominant win on the alternative strategy was stellar.

His form since then has been patchy at best and there is one recurring theme with his performances – qualifying. He has not been strong enough in these sessions, leaving him to rely on the unconventional option or for sprint races to accumulate his strongest tallies. That said, his sprint race triumph at Spa was a crushing performance. His misfortune also shouldn’t be overlooked – he’s had plenty this season, including losing a possible win after a clash with Schumacher at Silverstone and a mechanical issue at Mugello.

If Shwartzman doesn’t make it to F1 next season – or take the title from 51 behind with 96 on the table – then that doesn’t spell the end of his F1 dream. It’s easy to forget that he is a rookie, and a second season in the category where he can smooth the rough edges and be totally F1-ready is likely to do more good than it would harm. He may well still be a contender for a seat at Haas or the Sauber-run seat at Alfa, though.

Peter Allen: There was definitely a point earlier this season where Shwartzman was making the overwhelming case to be first in line for a Ferrari-supported F1 seat. Now, some are scratching their heads at how his title bid has faded. His early-season wins in Austria and Hungary were brilliant, but they look increasingly the result of the particular circumstances on the respective days.

Take them away and he’s been a little underwhelming really – not only in qualifying, but the canny racecraft he displayed in F3 also hasn’t been on show often enough. He’s struggled to get the upper hand on Schumacher, who would have won the Hungaroring race if the strategies had played out as the teams had expected.

That’s not to say that Shwartzman isn’t still a great prospect, but right now he should only be third in line for a 2021 F1 seat – and that’s how it looks from the scheduling of his FP1 outing. It doesn’t look like there will be three seats available for Ferrari juniors, and he would be hurt the least by having to come back and spend another season in F2. Especially with his backing from Russia, his chances of racing in F1 one day are still very strong.