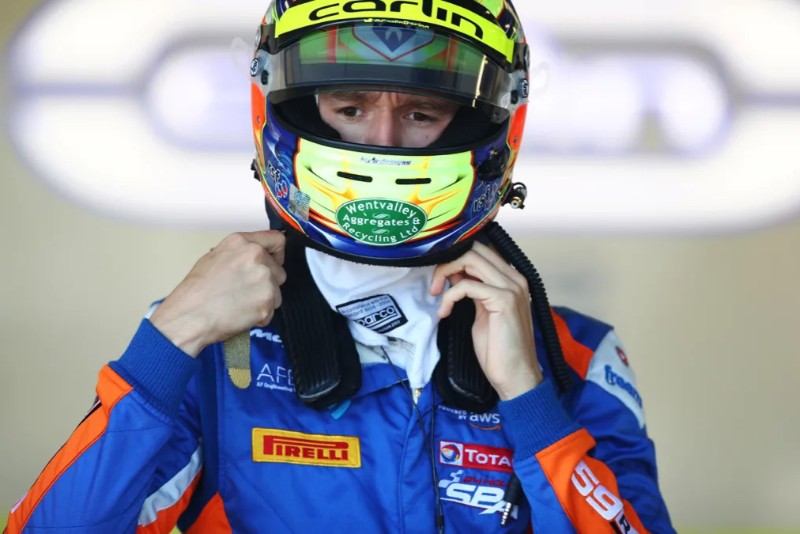 Ben Barnicoat will make a second surprise return to junior single-seaters this year as he joins Carlin for this weekend’s Euroformula round at Mugello.

The 23-year-old Englishman, who races for the team in prototype sportscars, got called up in August to replace Enaam Ahmed in the team’s FIA Formula 3 Championship line-up for the two Silverstone rounds, four years on from last competing in the category.

After two years in Formula Renault 2.0 as a McLaren junior and one season in FIA European F3, Barnicoat moved into sportscar racing in 2017 and was resigned by McLaren as one of its factory drivers for GT racing. He required permission from the manufacturer for his starring FIA F3 cameos, and has needed the same again for his upcoming Euroformula debut.

“I’m really excited to have the opportunity to race in single-seaters again with Carlin this weekend,” Barnicoat told Formula Scout.

“Mugello is a track I’ve never seen before, but it looks like great fun and very challenging at the same time. It will be great to work with the Carlin team again and provide them with as much feedback as possible to help push their package forwards.

“Once again thank you to McLaren Customer Racing for allowing me to take part in these single-seater events.”

In his time at McLaren, Barnicoat has won in British GT4 and raced regularly in GT World Challenge Europe. He won two races in his original spell in F3, and was denied at least a podium on his return this summer due to a mechanical fault.

Barnicoat brings Carlin’s Euroformula line-up up to three cars for this weekend, with reigning British Formula 4 champion Zane Maloney and Ido Cohen occupying the other two seats. The pair started off the season strongly, but various mechanical issues and set-up quandaries has limited recent results.