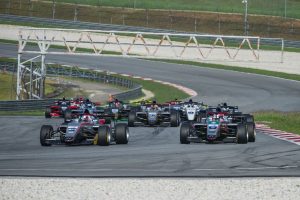 The new Formula 3 Asian Championship will hold a Winter Series in January and February next year ahead of the 2019 season.

Championship organiser Top Speed, which previously ran Formula Masters China, has revealed a three round calendar for the winter series that encompasses races in Thailand and Malaysia.

The series will begin on January 13 at the Buriram circuit, which held a FMasters and Asian Formula Renault round in 2016 and numerous Formula 4 South East Asia events since.

Malaysia?s Sepang track, previously host of the country’s grand prix, will hold the second and third rounds of the season on the weekends of January 20 and February 24.

“Primarily it will give both our existing and new drivers the opportunity to prepare ahead of the 2019 season.

“In addition, it will provide drivers from anywhere in the world the opportunity to experience the brilliant new-era of single-chassis, single-engine regional Formula 3.?

The Formula Renault Eurocup and BRDC British F3 could both be replaced by or run to FIA Regional F3 rules over the next two years.

Asian F3 returns for its second round of the season on August 31 – September 2, and with Hughes competing with ART Grand Prix at Monza in GP3 and uncertain to compete in any of the remaining rounds, it will be Hitech team-mate Raoul Hyman who will be de-facto championship leader.