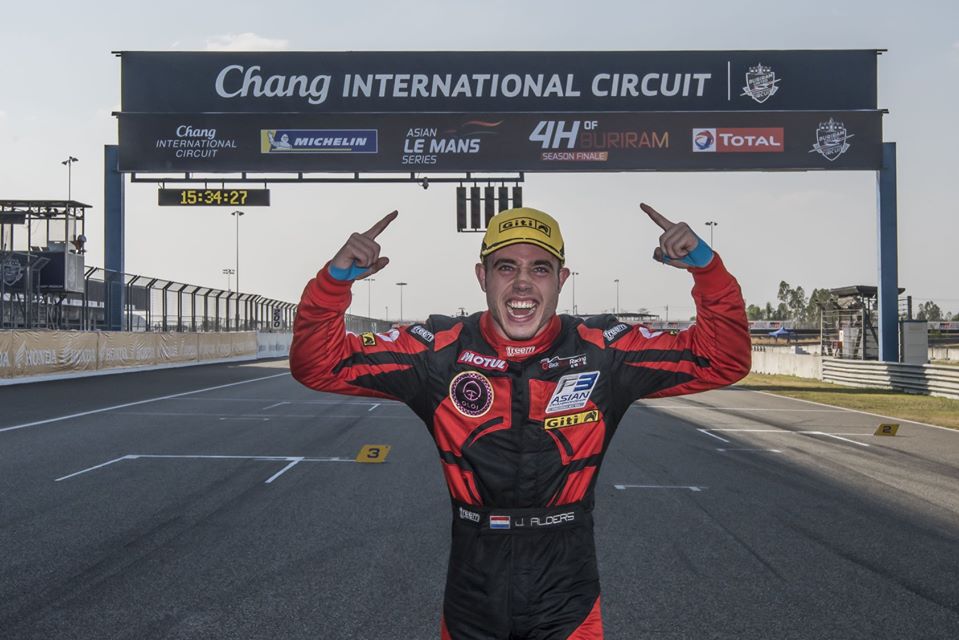 A last-lap puncture at Buriram for Jack Doohan enabled Joey Alders to close in on the Asian Formula 3 title with two races to go.

Red Bull junior Doohan looked set to take his fourth win in a row for Pinnacle Motorsport having led the race from pole position but suffered a right-rear puncture on the last lap.

It dropped him to eighth and handed the win to Alders, who had been running over four seconds behind.

The result leaves BlackArts Racing?s Alders 36 points clear of Doohan in the championship with 50 points on offer in Sunday?s final two races.?

While Doohan built an early lead, Alders quickly made up ground from fifth on the grid, moving up to third into turn one, before passing Absolute Racing?s Jamie Chadwick for second a couple of corners later.

From there Alders didn?t appear to be able to match Doohan, who gradually pulled away before his last-lap drama.

Nikita Mazepin fended off a late charge from Chadwick to finish second for Hitech GP, but dropped out of title contention.

Chadwick briefly ran second after gaining a place off the line, but was soon passed by Alders, Mazepin and Alessio Deledda.

After spending several laps behind Deledda, Chadwick retook fourth place from the Hitech driver, before closing in on Mazepin in the closing stages.

Deledda slipped back to seventh by the finish, having been passed by Fittipaldi, Belov and Absolute’s Tommy Smith late on.

James Yu finished ninth for Zen Motorsport, just 0.5 seconds behind the slowing Doohan, having made a poor getaway from the front row of the grid.

Yu Kanamaru rounded-out the top ten for BlackArts, while reigning Asian F3 champion Ukyo Sasahara spun on the opening lap and was classified nine laps down.

Francesco Pizzi leads the way in penultimate F4 UAE round