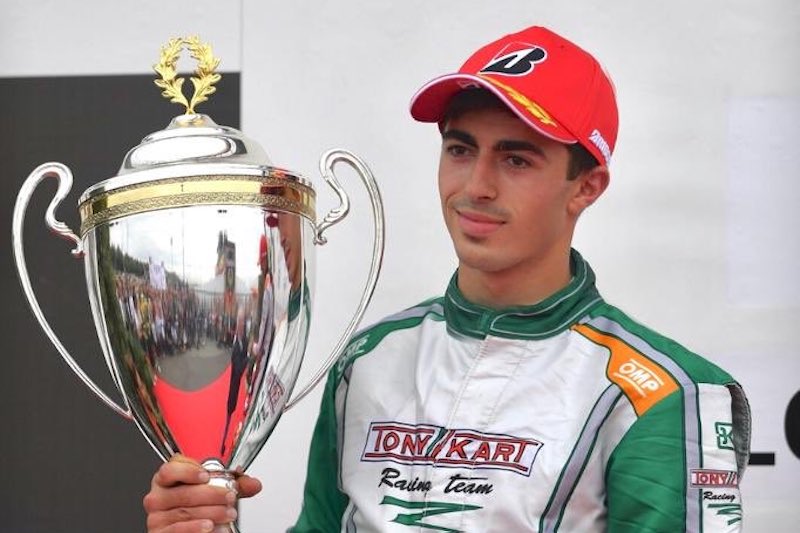 David Vidales will make his single-seater debut with US Racing in Formula Regional European Championship this year, following a test campaign with Campos Racing.

The Spanish karter, whose career has been supported by two-time Formula 1 world champion Fernando Alonso, signed a deal with Campos last October to test in one of its Dallara F312 Formula 3 cars with the support of Super Formula race-winner Alex Palou.

Vidales finished second in the International KZ2 Super Cup last year, following identical results in the OK and OK Junior equivalents of the contest in 2016 and ’17. He is US Racing’s first signing for the FREC.

?I?m extremely happy to announce my racing program for this year in the F3 Regional series? said the 17-year-old.

?To me, jumping from karting into a single-seater series feel a bit like a homecoming, since I raced karts for Ralf?s team in the past.

“Thanks to Monaco Increase Management, Ralf [Schumacher] and Gerhard [Ungar] for giving me this opportunity. Can?t wait to begin!?.

Monaco Increase Management is headed up by Italian businessman Salvatore Gandolfo, who was influential in Vidales’ original Campos deal due to being a co-owner of the team.

?After Davids?s solid performance in his karting years, where he clinched the European title and was runner-up in the World championship, I believe this young Spanish driver deserved a place in a single-seater series to pursue his career,” Gandolfo said.

“For MIM, this deal marks another step in our philosophy of designing for our talented drivers a full professional career plan.”