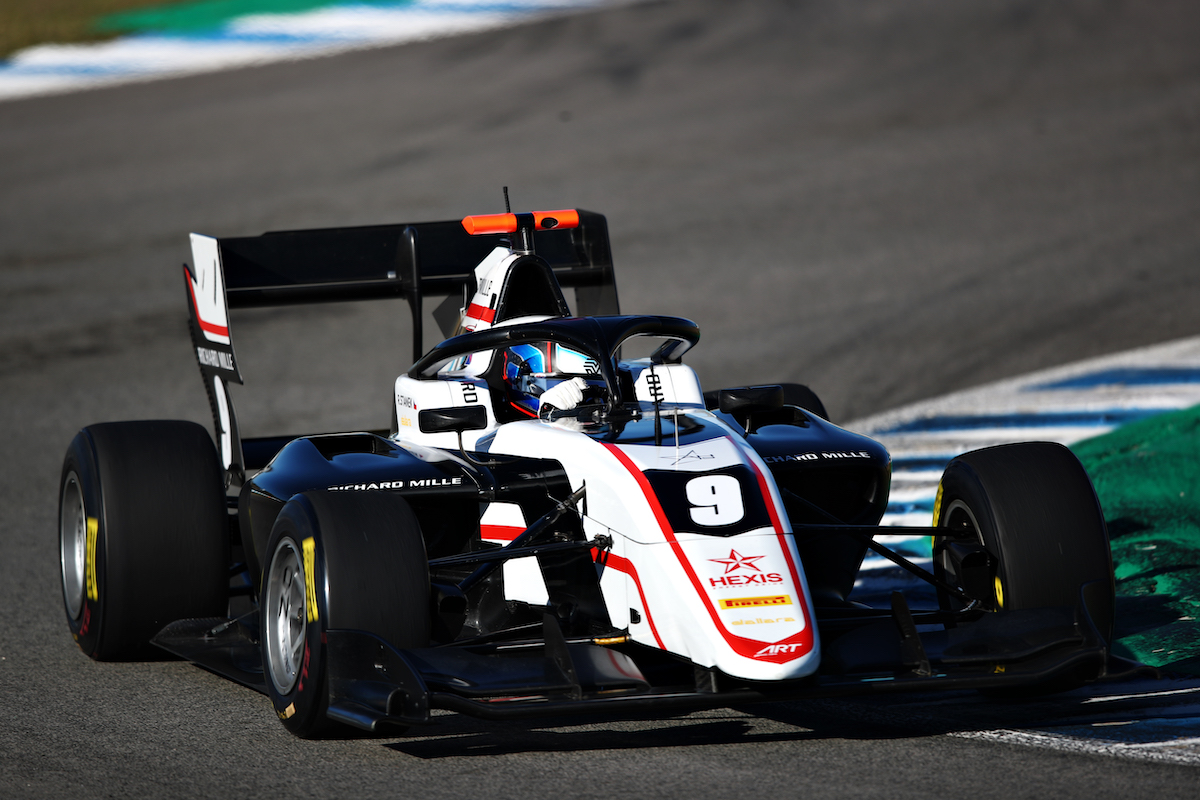 Roman Stanek ended the first day of the second FIA Formula 3 post-season test at Jerez with the best time following a timing glitch at the close of the afternoon session.

When the day’s running came to an end, it was Johnathan Hoggard on top of the timing screens for Hitech GP.

However, it was later revealed that both ART Grand Prix tester Stanek and Prema’s Arthur Leclerc had in fact gone quicker than Hoggard’s effort.

Aston Martin Autosport BRDC Award winner Hoggard, who has been without a regular single-seater drive this season, was previously quickest on the final afternoon of the first post-season test at Barcelona when he was driving for Jenzer Motorsport.

Joining Hitech for the first day of the Jerez test, Hoggard went quickest inside the last 20 minutes of the afternoon session with a lap of 1m30.014s.

He went 0.147 seconds faster than Jack Doohan, who bettered his own benchmark from the morning session by just 0.004s with 50 minutes to go.

Doohan’s Trident team-mates David Schumacher and Clement Novalak then made it a 1-2-3 for the Italian outfit, and it remained that way until HWA’s Enzo Fittipaldi moved up to third place just moments before Hoggard took over at the top.

Fittipaldi ended up sixth, with Dennis Hauger nipping ahead of him by just 0.005s in his Prema entry.

Igor Fraga’s running was interrupted when he triggered a red flag inside the first hour, but he recovered well to end up eighth for Hitech behind Novalak.

Frederik Vesti was ninth in his first day of testing with ART Grand Prix. Caio Collet, who will replace Stanek in ART’s line-up on Wednesday, completed the top 10 in the afternoon for  Prema.