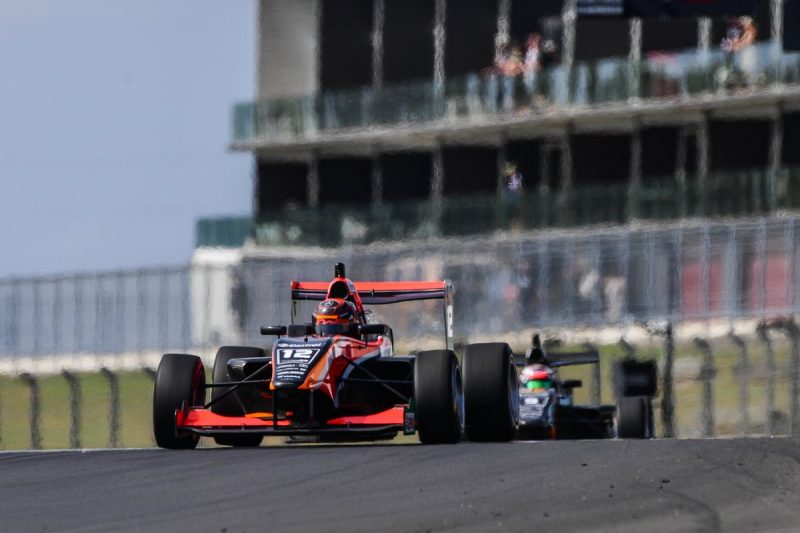 Nearly half a day after it finished, the winner of the first Toyota Racing Series at Hampton Downs has been declared.

The race itself was a replacement for the cancelled reversed grid encounter from last weekend’s Teretonga round, where weather ended the event early. To read Formula Scout’s full report prior to the results being announced, click here.

After several occasions of either safety cars or red flags, the race come down to what was supposed to be a two lap dash to the finish. What actually occurred was a collision between leaders Cameron Das and Liam Lawson collided as the race restarted, bringing it to an early end.

Artem Petrov crossed the line in first place before the red flags were waved, and was declared victor, with Marcus Armstrong in a delayed second after avoiding the crash that took place in front of him. Armstrong was then penalised for overtaking under yellow flags, dropping him to 10th.

Title rival Lawson was classified in seventh, while Das, who had led pretty much throughout, was deemed a non-finisher after several hours of deliberation.

The greatest beneficiaries of this were Petr Ptacek and Brendon Leitch, who ended up completing the podium despite finishing the race further down the latter, and for the latter having begun it at the back of the field after a grassy moment.

Despite the frequent interruptions to racing and shortened lap count, full points were awarded as they would be for a reversed grid race, meaning M2 Competition’s Lawson leads team-mate Armstrong by three points. Hyman is a further 28 points behind, with Leitch and Petrov now filling the top five in the standings.