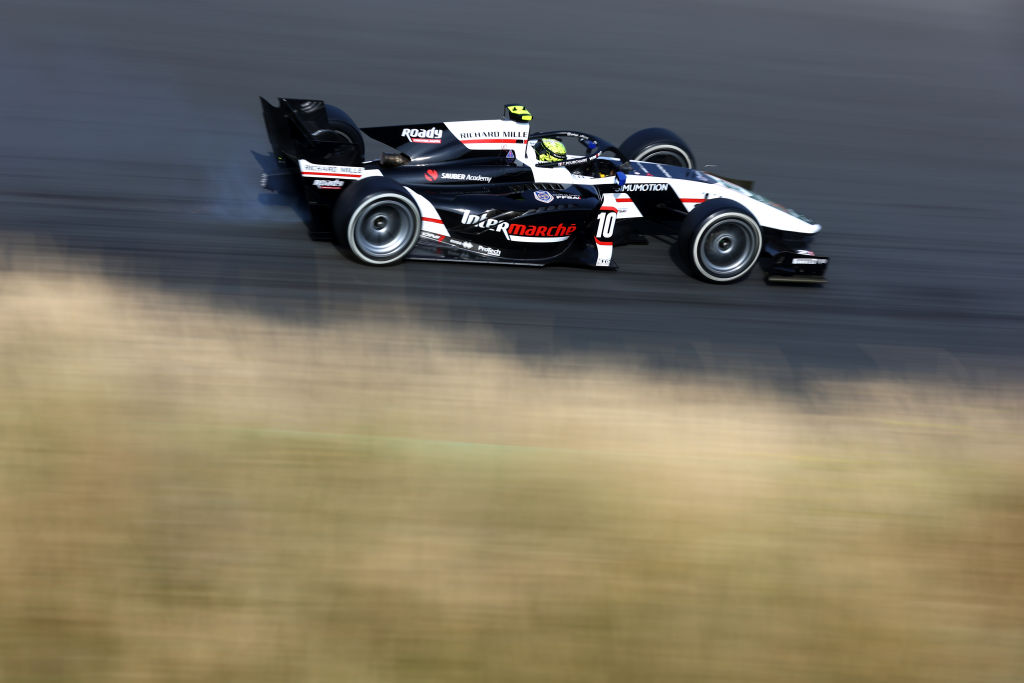 ART Grand Prix feels Theo Pourchaire has been unlucky with reliability issues in 2022 but accepts it is not the only reason he was beaten to the Formula 2 title.

Sebastien Philippe’s team heads into the final round tied on points with MP Motorsport for the teams’ title, but as he explained to Formula Scout last month, the emphatic manner in which Felipe Drugovich clinched the drivers’ championship three races before the end of the season was a shock.

Nevertheless, he takes solace from the fact that “the drivers did a good job for us to be able to fight for the team championship, so I think globally the F2 season is not that bad.”

“For sure we were not expecting to not fight for the championship at the last race,” Philippe said, “but on the other side I think MP and Felipe did a fantastic year. He was not always the quickest, but he was always there, always very opportunist and clever in the racing. They deserve it.

“We should do a better job to be able to compete until the end, which was not the case.”

F2 drivers continue to suffer from reliability issues with the Mecachrome powerplant and Philippe believes this impacted the hopes of his lead contender Pourchaire.

“We shouldn’t forget that we broke three engines with Theo in three crucial moments,” he said. While accepting that in an engineering-based sport like motor-racing “sometimes things can happen,” for Philippe, “clearly this year was too much.”

Philippe blames the unreliability issues on global manufacturing and supply chain issues, “that in the world [have] been quite critical,” rather than any attempts to squeeze extra performance from the motor.

“Where and when you were impacted sometimes makes a difference, and some of them were lucky to break the engine in free practice or in a collective test. And some others in not the best moment and this was the case with Theo unfortunately. I think we had no reliability issues during a private test or even free practice, it always came in quali or the race. This is how it is.”

However, he added: “If we are honest, it is not the only reason why we lost the championship, but it didn’t help clearly. But you cannot hide behind that saying, ‘OK because we had this, we are not champion.’”

He said ART has “been missing a bit of pace in a few meetings. And we have never been able to build up this consistency that could have built up the confidence.”

Drugovich’s three wins from four races in May took the wind out of ART’s sails, but then “we thought just before the summer break that we were going to recover because we were quite close again,” Philippe said, before confessing that “after the summer I don’t know what happened.”